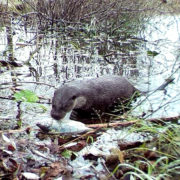 Officially, on the territory of the Chernobyl nuclear power plant exclusion zone, it is prohibited to carry out activities with the aim of obtaining marketable products without special permission, presence of people without a permit, exporting products outside zone without a permission and monitoring of radioactive contamination, as well as fishing.

Despite this, the collection of berries, mushrooms, hunting and fishing continues in the exclusion zone. Over the past six months, according to the Prosecutor’s Office of the Kiev region, 700 kg of fish caught in the waters of the Chernobyl Exclusion Zone have been seized from poachers. The main catch of fishermen are catfish, the main expected sales markets – the markets of Kiev and Kiev region.

According to the report of the International Atomic Energy Agency (IAEA), larger concentrations of radionuclides are usually recorded in large fish (catfish) as compared to small fish. The increased concentration in large fish is called the “size effect” and is explained by differences in metabolism and diet. In addition, old and large fish are exposed to more prolonged exposure with higher levels of the 137Cs cesium isotope in water than young small fish. In some closed lakes near the Chernobyl NPP 15 years after the accident, the concentration of 137Cs in predatory fish was 10–27 kBq per kg of live weight, which is more than 100 times higher than the permissible levels of 137Cs in fish according to Ukrainian legislation.

Radioecological studies of wild boar’s remains killed by wolves was conducted by Ukrainian scientists in February. They found a high content of radionuclides in animal meat. According to results of the study, the content of strontium isotope 90Sr is 37 times higher than the established permissible level of this radionuclide content for food for animal meat, and the content of 137Cs is 96 times higher. Scientists explain that the reason for such a high concentration of isotopes is the habitat of the boar. The animal was found in the north of the left-bank part of the reserve, which is located in the north and east side of the Chernobyl NPP. These are the areas with the highest levels of radioactive contamination — the “Small Red Forest” and Lake Deep.

For poachers of the Chernobyl zone, the Law provides for punishment in the form of a fine from 100 to 200 non-taxable minimums (1,850 hrn) of citizens’ income or imprisonment for up to three years with confiscation of instruments, fishing gears and objects obtained by criminal conduct. Citizens of Ukraine could only be advised to buy fish not on spontaneous markets, but only from representatives of fisheries and require a product quality certificate, indicating the place of origin.

On materials of  IAEA, Chernobyl Radiation and Enviromental Biosphere Reserve, Prosecutor’s Office of the Kiev region

Nuclear safety of Ukraine is a global issue 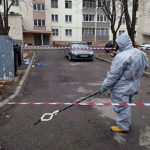