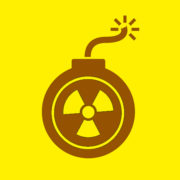 In February, State Nuclear Regulatory Inspectorate reported on the work carried out in 2018. One of the areas of Inspectorate’s activity is response to radiation incidents and accidents, detection of violations related to radiation safety, detection of radiation contaminated objects and their further transfer to specialized enterprises engaged in the collection, transportation and disposal of radioactive waste, that are essential for the radiation safety of the population

According to the results of the work of State Inspectorates for Nuclear and Radiation safety (as an independent management), namely, Central, Western, Southern, South-Eastern, Northern, North-Western and Eastern Inspectorates, most of the violations on radiation safety issues by using of ionizing radiation sources (IRS) were detected in medical institutions, which is mostly due to insufficient funding of this institutions. For instance, the main discrepancies (safety deficiencies) were in the field of providing the training on radiation safety knowledge for clinical management and responsible for radiation safety person, as well as members of the radiation safety committee; ensuring full maintenance of X-ray diagnostic equipment; insufficient individual protection, as well as ensuring the monitoring of the effectiveness of personal protective equipment in medical institutions; well-timed and full control of equivalent dose capacity at workplaces of X-ray personnel; ensuring state registration of IRS, as well as providing relevant information to the State Register of IRS of changes with IRS, untimely changes in the license for the right to exercise activities on the use of IRS.

In 2018, on the territory of the Western Inspectorate for Nuclear and Radiation Safety one case of detection of illegal radioactive materials was registered. In the metal safe of the Transcarpathian Academy of Arts in Uzhgorod in the basement, there were objects with a radiation hazard signs that could be dangerous to others. These items were identified as an IRS of type BIK-M and BIS-M-3, control sources for dosimeters DP-5, GP-12, GP-11, smoke alarms radioisotope RID-1. During the reporting period, there were no cases of radiation accidents at facilities for using IR sources.

The Southern Inspectorate for Nuclear and Radiation Safety of the SNRI took part in responding to three cases of radiation incidents involving the loss of control over radiation sources. Radiation accidents in 2018 were not recorded.

All seized radiation-hazardous objects were transported to the storage facility of the SSE “Dnepropetrovsk State Interregional Special Combine” for temporary storage. Radioactive contamination of the territory is not recorded.

In 2018, with the participation of the South-Eastern Inspectorate for Nuclear and Radiation Safety, the SNRI monitored the environmental situation at enterprises engaged in the use of radiation sources on the territories of Donetsk and Luhansk regions controlled by the Ukrainian authorities. Monitoring was carried out by analyzing the reporting documents of the licensees. According to the monitoring results, no facts have been established that indicate a deterioration in the state of radiation safety in the region when using radiation sources.

Last year, the Eastern Inspectorate for Nuclear and Radiation Safety took part in responding to one radiation incident with detection of IRS in illicit trafficking. Radiation accidents were not recorded.

In the reporting year, the North-Western Inspectorate for Nuclear and Radiation Safety recorded two incidents related to the loss of control over radiation sources:

The results of radiometric observations on the content of radionuclides in the soil, air, water and vegetation in the sanitary protection zone and the observation zone do not show growth trends and do not have noticeable differences from the background values typical for the area. The fluctuations of the readings do not go beyond the statistical limits that are usual for the measured series of values. The concentration of technogenic nuclide cesium-137 in RWDS soil samples does not exceed the limits of typical values for a given area due to global precipitation. No technogenic radionuclides were detected in air, water and vegetation at the sensitivity level of the available measuring instruments. In the indicators of air precipitation, the presence of technological radionuclides RWDS was not detected.

Dose of the personnel are at a typical level for recent years. The contribution of internal exposure is at the level of natural background exposure. This is confirmed by the control of air pollution at the working places and the “dirty” RWDS area.

The available results do not show a significant difference in the environmental situation between the sanitary protection zone and the observation zone. Investigation of air, precipitation and vegetation samples in RWDS by means of scintillation spectrometry did not reveal the presence of technogenic contamination.

On materials of SNRI 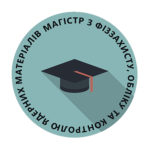 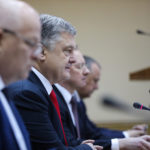 We managed to overcome the monopoly dependence of Ukrainian nuclear power generation...
Scroll to top