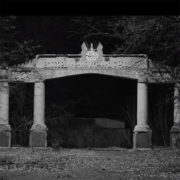 On 24 April, on the eve of 33rd anniversary of the accident at Chornobyl NPP, a teaser of the short film “Poliske. Aftersensation” was presented. The short film is devoted to the fate of the abandoned town of Poliske in the exclusion zone. It was created by Ukrainian company DocNoteFilms in cooperation with the Dronarium aerial photo and video recording studio and 4 Ears Sound Production with the support of the State Scientific and Technical Center for Nuclear and Radiation Safety.

The shooting of the three-minute film took place at night using drones with dynamic lighting to add a kind of symbolism to the picture.

Director Kostiantyn Kliatskin said that the film is based on a game of light and shadow. The ray of light slides through the town revealing the truth about it, the truth that was once expected by the town inhabitants from the government, the truth about the real level of the radiation background.

After Prypiat, Poliske was the second most populated town near ChNPP. However, after the accident at ChNPP Unit 4, its inhabitants were not resettled for another 13 years. The government of that time suppressed the truth about the excessed radiation background and created conditions for the inhabitants not to leave their houses and, moreover, made everything for them to build new ones. People left Poliske only 20 years ago.

The authors of the film studied the archives of the Committee for State Security, familiarized with all the proceedings of the meetings of the then Governmental Commission on the Elimination of the Chornobyl Catastrophe to understand what actually happened in Poliske. According to film producer Serhii Maliarchuk, it was not easy to get shooting permit, since the exclusion zone is open to visitors only in the daytime.

One can watch the short film “Poliske. Aftersensation” on 24 April at the Kyivkinofilm cinemas, and from 25 April in the Zhovten cinema. In general, the film will be broadcasted in about 11 cinemas in the block of trailers. It will also be distributed on the Facebook page of the project and shown on TV channels: Chornomorka, 5 Kanal, ZIK, Rada TV.

It is planned to create an international version of the short film.

The number of unregistered sources of radiation is continued to drop 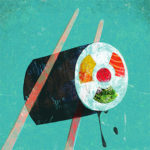 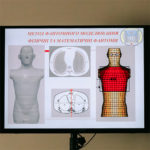