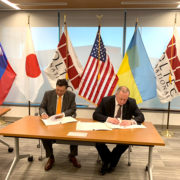 On Monday, 10 June, the Partnership Agreement between the Energoatom, SSTC NRS and U.S. Holtec International was signed in Holtec International HQ in Camden, NJ, USA. This Agreement envisages formation of the international consortium aimed at promoting the implementation of SMR-160 Small Modular Reactor Technology (SMR) in Ukraine. The heads of the companies Yurii Nedashkovskyi, Ihor Shevchenko and Kris Singh signed the document. 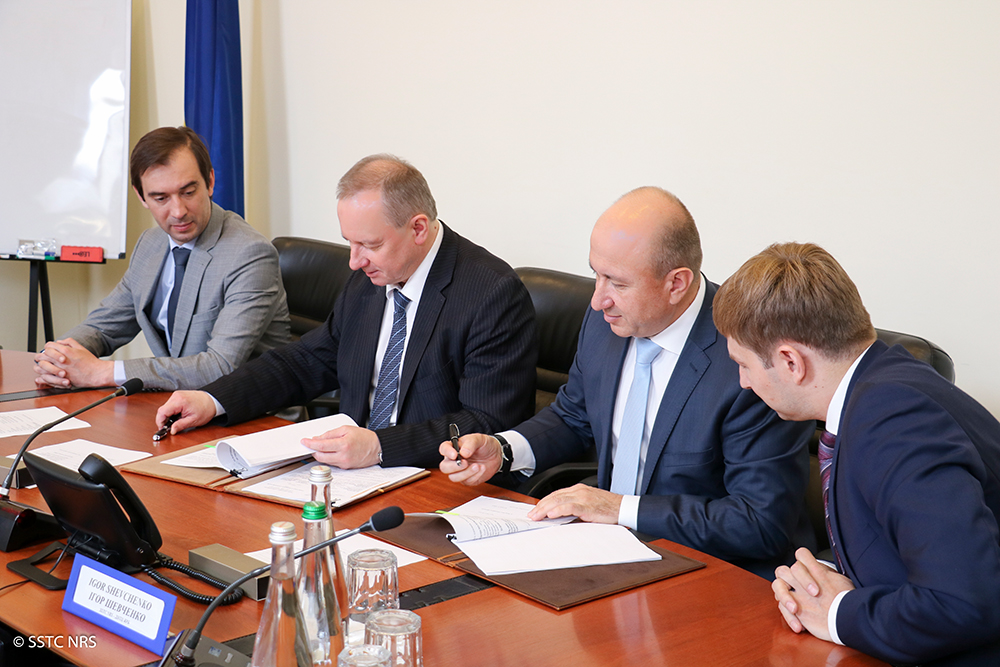 Speaking about the work of the newly formed consortium, it should be borne in mind that first the discussion concerns the development of intellectual products that will become the property of simultaneously three subjects that are the co-founders of the consortium.

The Energoatom President Yurii Nedashkovskyi said the following in signing the documents on consortium formation: “I believe that we are currently witnessing a historical moment both for the energy sector in Ukraine and for the state as a whole. We have a powerful nuclear industry, which is one of the largest in the leading five countries in the world in terms of installed capacities of nuclear power plants and electricity production in the country. We have created the whole required infrastructure for operation of the existing power units and construction of new ones, but we do not have one key element such as reactor design. I am sure that working in the consortium will allow us filling this gap”.

It is planned that the consortium will be established by consistent fulfillment of several tasks including the analysis of the regulations used in developing the conceptual design of a unit with SMR-160; analysis of SMR-160 NPP conceptual design; development of input data required for feasibility study; assessment of SMR-160 design for its compliance with general and technical criteria according to IAEA Nuclear Energy Series NP-T-1.10 “Nuclear Reactor Technology Assessment for Near Term Deployment” and development of documents to make a national decision related to SMR-160 reactor technology implementation in Ukraine.

“The participation in the consortium is very important for us because as SNRIU expert organization, we will be able to get acquainted with all the documents on the construction of small modular reactors. Thus, our experts will assess the preparedness of the regulatory framework of Ukraine for their licensing process at the initial stages and develop necessary regulatory amendments for the regulator”, SSTC NRS director Ihor Shevchenko added.

Until now, the State Nuclear Regulatory Inspectorate of Ukraine did not have any experience in licensing nuclear facilities using the Western model, and thanks to SSTC NRS participation in the consortium, the regulator will be able to get ready in advance for the challenges it will face in SMR-160 licensing.

“Thanks to the participation of our expert organization in the consortium, we will know it even long before the reactor construction,” SNRIU Chairman Hryhorii Plachkov explained. “I would like to note that a decrease in regulatory pressure on the operator is expected with the transfer of Western practice in Ukraine.”

The state of Delaware in the East of the United States that is geographically bordered by Pennsylvania, where the main manufacturing facilities of Holtec International are located, and by the state of New Jersey, where its campus is located, has become the seat of the consortium’s jurisdiction. The key elements to select Delaware were not geographical considerations, but rather economic ones, because there are very comfortable conditions for doing business, there is a simplified system of its registration and taxation. “Such conditions have become attractive not only for the newly formed consortium, more than 50% of the largest US industrial enterprises are currently registered namely in this state. The fact that 40% of the enterprises whose shares are listed on the New York Stock Exchange are also registered here testifies in favor of their success,” Energoatom President Yurii Nedashkovskyi explained.

It should be noted that the operator of Ukrainian NPPs Energoatom, which is the party to the consortium, also gets several key preferences, in particular, the access to up-to-date world technologies. It will be a good start”, SSTC NRS Director Ihor Shevchenko concluded.

In 2017, the President of Holtec International Kris Singh addressed the President of Ukraine with a proposal to create in Ukraine a hub to share small modular reactor technology in Europe, Asia and Africa with production of equipment for them in Ukrainian enterprises. SMR technology is recognized as one of the most advanced areas in the construction of nuclear power plants. SMRs have a significantly higher safety level compared to the traditional reactor types due to the lack of equipment in them that requires external power supply, as well as due to the passive safety systems. SMR-160 reactors can also operate in load-following mode, can be constructed in small areas and do not require high power supply lines. The global market of SMRs is estimated at about $ 1 trillion after 2025.

In 2018, Energoatom and Holtec International signed a Memorandum of Understanding on cooperation in the use of SMR-160 small modular reactors in Ukraine. The text of the Memorandum notes that it aims not only at licensing SMR-160 technology in Ukraine and further construction of these reactors at Ukrainian NPPs, but also partly localization of equipment production for SMR-160 in Ukrainian enterprises. Thus, according to this document, the cooperation between Energoatom and Holtec International will help Ukraine to become the world’s leading exporter of reactor systems, structures and components for small modular reactors.

The Ministry of Energy and Coal Industry of Ukraine enchance cooperation with... 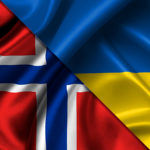 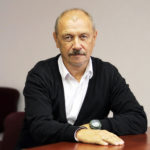