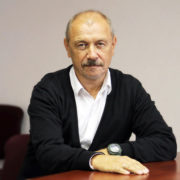 Chornobyl accident has left to Ukrainians legacy sites with many facilities for the management of radioactive materials. Most of them were historically placed in the Chornobyl exclusion zone. However, some of them were constructed beyond it.

54 sites for decontamination waste storage and vehicle sanitation were arranged in the territories of Kyiv, Chernihiv and Zhytomyr regions (beyond the Chornobyl exclusion zone). It was managed recently to classify all these sites according to the hazard level. Pisky-1 radioactive waste disposal site (RWDS) was chosen of nine most hazardous ones as a pilot project for its further cleanup and remediation of the territories around it. The site is located 20 kilometers away from the village of Ivankiv in Kyiv oblast and its state is very negligible. 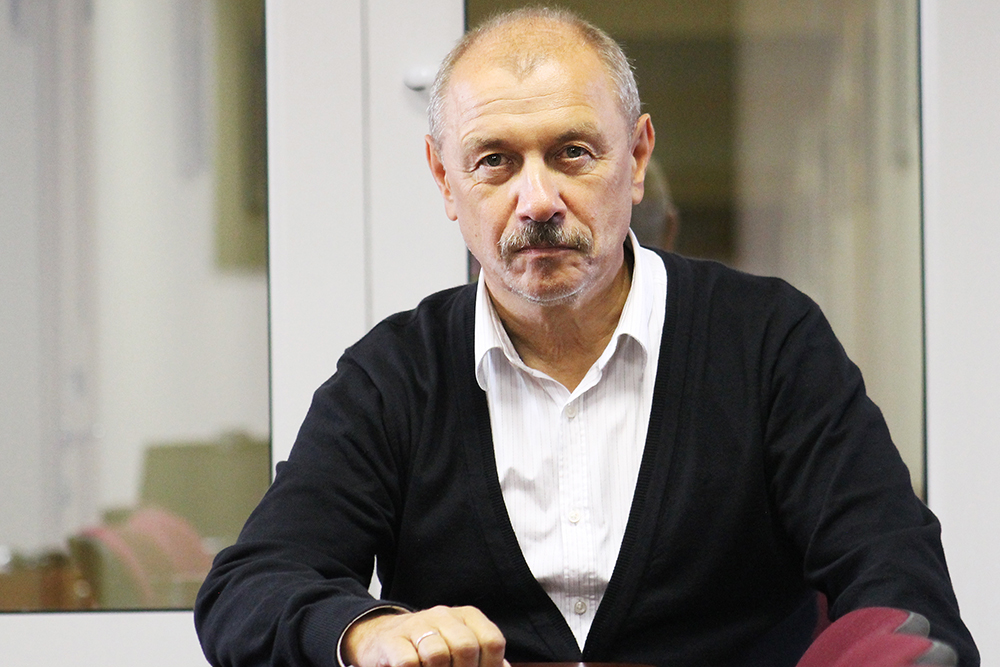 – Mr. Khodorivsky, what does Kyiv SISP do and how long have you headed it?

– I am the director of Kyiv SISP since middle 2014. We deal with the receiving, temporary storage and transport of radioactive waste in the area of our responsibility. In particular, this is Kyiv region and Kyiv, as well as Zhytomyr, Chernihiv, Cherkasy, Khmelnitsky and Vinnitsa regions.

– As I understand, 54 sites for Chornobyl decontamination waste storage and vehicle sanitation are also in your area of responsibility.

– Yes, 54 sites for decontamination waste storage and vehicle sanitation in Kyiv, Chernihiv, Zhytomyr regions are beyond the Chornobyl exclusion zone and are subordinated to Kyiv SISP, including Pisky-1 radwaste disposal site.

–Tell us briefly the story of the site. What waste was transported there and in what amount?

– Pisky-1 radwaste disposal site was active from 1986 to 1989. The waste generated resulting from the decontamination of the territories of the neighboring villages was mainly transported there. First, it was the upper layer of contaminated soil, roofing materials (tiles, slate), construction debris, etc.

The size of the site was relatively small: the area was 124 m², the bedding thickness of decontamination waste was about 1.8 meters. The amount of disposed waste is estimated at approximately 187 m³. However, more conservative assessments showing that the waste amount in RWDS can be actually up to 300 m³ were considered in developing the Technical Decision for pilot project implementation.

– What was the architecture of Pisky-1 RWDS?

–, the development technology of disposal sites was actually quite diverse in those days. The simplest option is a trench where waste was placed.

With regard to RWDS, it was a more safely equipped place for waste storage. The pit is about 2.5 – 3 meters deep, 15 – 20 meters wide and up to 30 meters long. The trench with drainage water is around it.

Waste transport to Pisky-1 RWDS was terminated in 1989. It was decided to clean up the site. The pit was filled with soil; a hydraulic insulation of clay sedimentary rocks was provided above it.

When the site passed to the subordination of Kyiv SISP, we monitored the technical and radiation situation of RWDS, restored the fencing, and installed new radiation hazard signs. Unfortunately, this all remained there only for a short time.

– Who and when made a decision to clean up Pisky-1 RWDS?

– The background to the pilot project to cleanup Pisky-1 RWDS is as follows: first, the project “Modernization of the infrastructure for radioactive waste management and remediation of contaminated sites” founded by the European Commission (EC) was established in Ukraine. Thus, subproject 12D of this project was dedicated to the remediation of the storage sites for Chornobyl-origin radioactive waste beyond the Chornobyl exclusion zone.

An international consortium that actually started activities under subproject 12D won the tender, which was held by the EC. Part of the activities was aimed to assess the available data on each of the existing 54 storage sites for Chornobyl origin radioactive waste and classify them according to hazard level. Another part of activities was to identify one of the most hazardous sites, develop and agree with the regulator a technical decision for its cleanup and further remediation of the territories around it.

– Thus, was Pisky-1 chosen as the plot project?

– “Yes, after analyzing all the data that we (Kyiv SISP, ed.) submitted on storage parameters, radionuclide composition and specific activity, the international consortium developed a methodology that allowed ranking 54 sites by hazard level. According to this methodology, four most hazardous sites were selected at first, and a little later, five sites were added to the list. Pisky-1 RWDS is one of the most hazardous sites that is optimal for the implementation of the pilot project for radioactive waste retrieval.

All these 54 sites will be divided into three categories in the future. Actually, category 1 has already been defined; it included previously nine of the most hazardous repositories. All of them should be cleaned up in the future.

Category 2 includes those sites that are ranked less hazardous. Spending money on their cleanup is not reasonable. It is more advisable to take measures in order to improve hydraulic insulation barriers, as well as systematically monitor their condition.

Category 3 includes those sites that can stay without taking additional measures to improve waste storage conditions after additional justification of the fact that they are no more hazardous. The materials buried here have almost lost their activity today and are no longer hazardous to others. Thus, if an appropriate decision was made, one can refuse from the monitoring of the condition of such sites.

– What happened after choosing Pisky-1 RWDS as a pilot project?

– The site subjected to cleanup was defined in 2016. At the same time, the development of a Technical Decision on radwaste retrieval from Pisky-1 RWDS 1 was started. The project also provided for an additional characterization of the site due to equipment supplied from the EU.

Equipment supply to Kyiv SISP started in 2017. In summer 2018, we completed RWDS detailed characterization: additional wells were drilled, and the internal structure of the repository was studied remotely. As a result, it was possible to determine more accurately the waste geometry, its location and activity.

I would like to note that equipment for subsequent radioactive waste retrieval from RWDS was also supplied to Kyiv SISP under the project. The total cost of this equipment is estimated at about 1.9 million euros.

– Who is the supplier?

– According to the EC rules, equipment suppliers should be exclusively European manufacturers. Some components could be surely supplied from other countries, but the general assembly should be obligatory high quality EU equipment.

– Will it be possible to use the supplied equipment during cleanup of other RWDS?

– Yes of course. By the way, this was one of the requirements of the EC project. Kyiv SISP will further use the supplied equipment for both characterization and for retrieval of waste from other RWDSs.

– Will other organizations be involved into Pisky-1 RWDS cleanup?

– Kyiv SISP has all the necessary licenses to perform all activities under the project using its own resources. In order to do this, we have highly qualified personnel who are trained to work on the equipment supplied from the EU.

– By the way, who provided personnel training?

– Mr. Khodorivsky, what is the current implementation stage of the project for Pisky-1 RWDS cleanup?

– A detailed characterization of the site has been currently performed, its territory has been divided into the main process areas where the activities will be performed, the local authorities and the public have been informed on the nature and schedule of the activities. The main equipment for radioactive waste retrieval and transport is currently transported to the site. SNRIU representatives will visit the site early June. Radioactive waste will be retrieved and transported to “Buryakivka” RWDS in the Chornobyl exclusion zone after obtaining a permission to start radioactive waste retrieval and redisposal.

– Why are projects like Pisky-1 RWDS cleanup important to Ukraine?

– First of all, the health of the public living around depends on it. Cleanup of the abandoned radioactive waste storage facilities contributes to radiation safety improvement in the region. At the same time, we as representatives of the nuclear industry should not leave behind radioactive waste to future generations.

Pisky-1 RWDS functioned in 1987-1989. It received waste generated resulting from decontamination in the neighboring villages (the villages of Pisky, Karpilovka, etc.). The total area of the radioactive waste disposal site is estimated at 124 square meters. Waste containing Cs – 137, Sr – 90, Am – 241 is stored here. Site remediation includes, in particular, the retrieval of about 300 cubic meters of radioactive waste and contaminated soil, as well as their transport to “Buryakivka” RWDS in the exclusion zone for their final disposal. 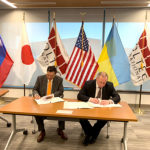 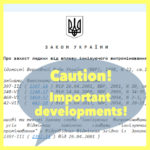 What are the changes made in the Law of Ukraine “On Human Protection against...
Scroll to top