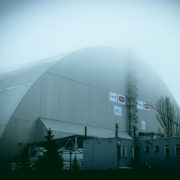 Experts of the State Scientific and Technical Center for Nuclear and Radiation Safety participated in the tests of the Integrated Control System (ICS) of the New Safe Confinement (NSC), constructed over the destroyed ChNPP-4.

ICS is a multifunctional system that interacts with a number of other NSC systems and equipment operating in different modes. If external, internal extreme events and emergencies occur, the data are transmitted to the ICS central control room and control of NSC adjacent systems and equipment is provided from there to transfer them to a safe state or emergency operation mode. In particular, this applies to the main crane systems, ventilation systems, doors, fire protection systems. External extreme events and emergencies include earthquake, strong wind, tornado, and radioactive contamination of the outside air. Internal emergencies include damage of Shelter structures, fall of cargo, fire, air radioactive contamination in NSC above the established levels.

During the tests, the following was checked: interaction with adjacent systems during simulation of external and internal extreme events and emergencies; during receipt of radiation warning signals from the NSC radiation monitoring system; at different operation modes of heating, ventilation and air conditioning systems; interaction with the control system of NSC civil structures, seismic control system and main crane system (MCS) in case of a seismic event and/or abnormal vibrations of MCS crane beams; interaction with the fire alarm system within the NSC, etc.

All tests were conducted in accordance with the approved SNRIU programs based on the requirements of regulations, standards and rules on nuclear and radiation safety.

In general, the tests were conducted at an acceptable level; however, a number of drawbacks were identified during the tests. The Report on tests indicated them and emphasized on the obligatory removal and further documentary support of the activities performed.

Chornobyl Exclusion Zone: Lest We Forget 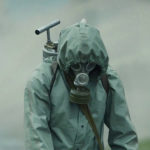 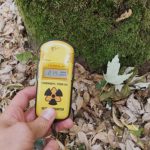