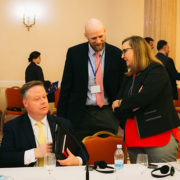 The fourth meeting of the Information Exchange Group (the Group) on technical assistance to Ukraine in radiation and nuclear safety and security of the Working Group of the G7 Global Partnership against the Spread of Weapons and Materials of Mass Destruction was held on 4 and 5 September. The Ministry of Energy and Coal Industry of Ukraine and the Administration of the State Border Guard Service of Ukraine arranged the event. 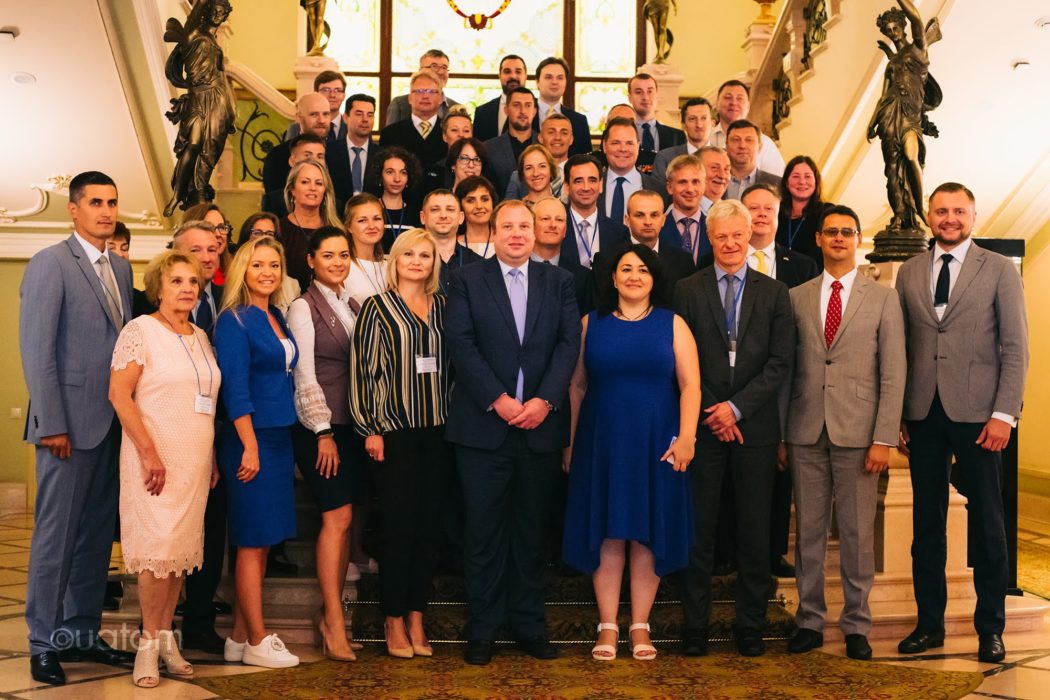 The meetings of the Group were established by the Norwegian Radiation and Nuclear Safety Authority as an auxiliary tool to exchange information and discuss current issues of bilateral nuclear safety and security projects in Ukraine. The meetings under the Global Partnership (GP) needed an additional format that would envisage detailed discussions at the technical level, primarily with the wide involvement of Ukrainian organizations from the joint projects. The information exchange initiative is an auxiliary tool to coordinate efforts in non-proliferation projects that are being implemented in Ukraine with financial and technical assistance from international organizations.

The Co-Chair of the Group from Norway – representative of the Norwegian Radiation and Nuclear Safety Authority, Ingar Amundsen, noted in his welcoming speech that the goals and objectives of the meeting are to support donors in implementing projects in Ukraine in order to avoid duplication of efforts, and setting priorities for new projects, considering already learned lessons in the cooperation under the GP. 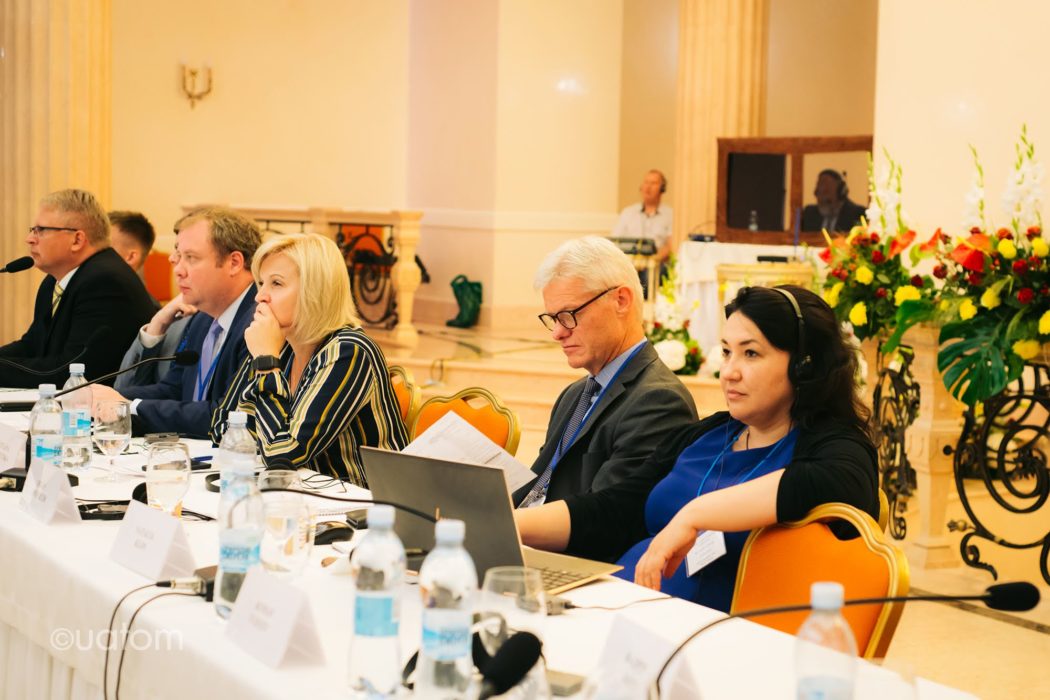 The Co-Chair of the Group from Ukraine – representative of the Ministry of Energy and Coal Industry of Ukraine Natalia Klos emphasized the importance of holding meetings of the Group for the Ukrainian party, which allows improving the efficiency of cooperation and the quality of implementation of international technical assistance projects. She noted the great importance of Ukraine’s consistent position on ensuring a high level of nuclear safety and security.

“Ukraine must protect itself from weapons of mass destruction”, representative of the Defense Threat Reduction Agency within the United States Department of Defense John Masten noted during the meeting. 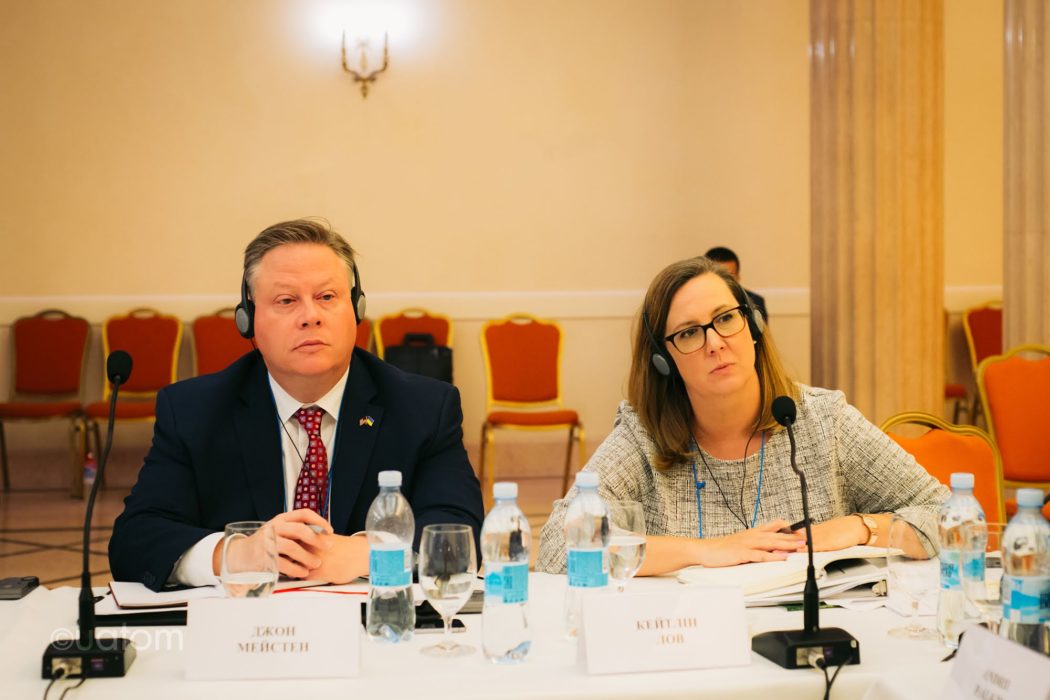 It was decided at the previous meeting of the Group, which was held in Stockholm (Sweden), to hold subsequent meetings every autumn in Ukraine in order to attract several representatives from the Ukrainian party into the meetings of the Group. 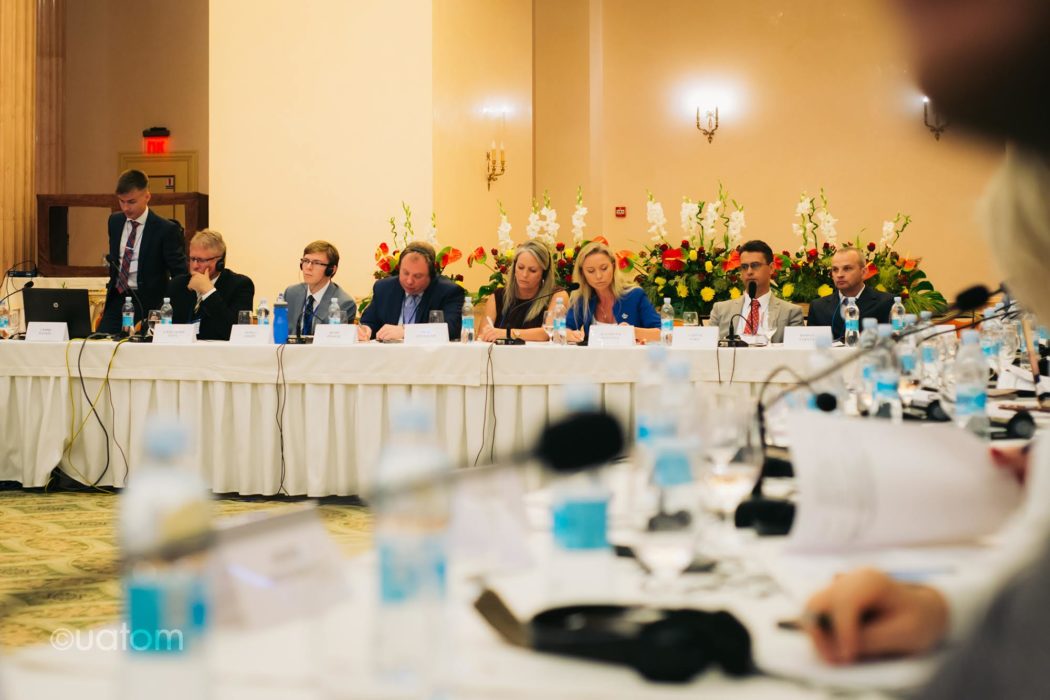 Representatives of the NSC KIPT and Ministry of Energy and Coal Industry of Ukraine made proposals for new joint projects. In particular, the need to implement not only security, but also cybersecurity to protect strategically important objects and intellectual property. Priority areas for cooperation are defined in accordance with the IAEA’s integrated nuclear safety and security cooperation plan for Ukraine for 2019-2021, namely: physical protection; response to events related to nuclear security; architecture to reveal illicit trafficking of radioactive materials; cybersecurity; human resource development and security culture.

Representatives of international organizations identified during the meeting the areas of activities implemented in Ukraine, shared their achievements and experience in assisting to Ukraine in the field of nuclear safety and security. On the part of the international community, the event was attended by representatives of the Swedish Radiation Safety Authority, US Department of Energy, Global Affairs Canada, United Nations Interregional Crime and Justice Research Institute, IAEA, Threat Reduction Agency of the U.S. Department of Defense, Norwegian Ministry of Foreign Affairs, Pacific Northwest National Laboratory, Department of Business, Energy and Industrial Strategy of UK, Gesellschaft für Anlagen- und Reaktorsicherheit (GRS), NATO Support and Procurement Agency, US Department of State, James Martin Center for Nonproliferation Studies, and Ukrainian Scientific and Technical Center. 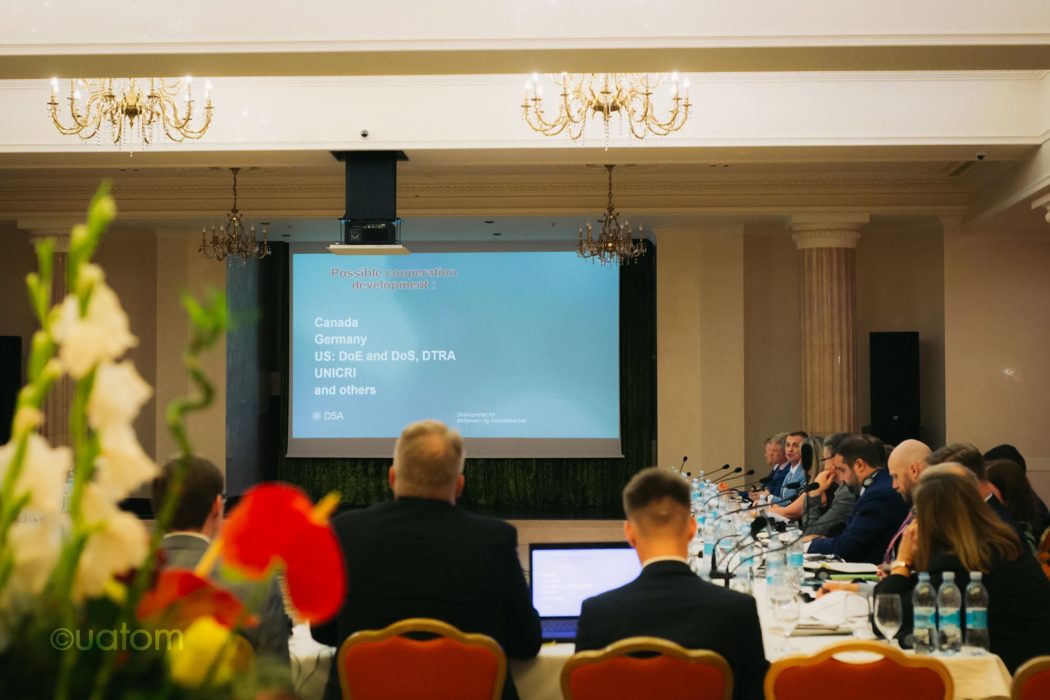 A separate part of the meeting was devoted to the discussion of urgent problematic issues, challenges and possible joint solutions to ensure radiation safety and nuclear security. As it turned out, one of the urgent problems in the field of nuclear and radiation safety in Ukraine is the lack of communication and cooperation between all the links that should be involved in ensuring nuclear security.

According to representative of the Norwegian Radiation and Nuclear Safety Authority Anya Polden, “Improving safety is first and foremost a joint work of all parties”. Therefore, the cooperation should be improved not only within the international technical safety, but also especially among Ukrainian participants in the process. One of the problems in the field of nuclear and radiation safety was identified as insufficient notification and lack of public opinion on the effectiveness and completeness of the processes taking place in the field of radiation protection in Ukraine.

According to the Cooperative Framework, Zlatan Delalic was elected a representative of the Swedish regulatory body to replace the current co-chair Ingar Amundsen by unanimous decision of the Group members. The representative of the Ministry of Energy and Coal Industry of Ukraine Natalia Klos is co-chair from the Ukrainian party on a regular basis. 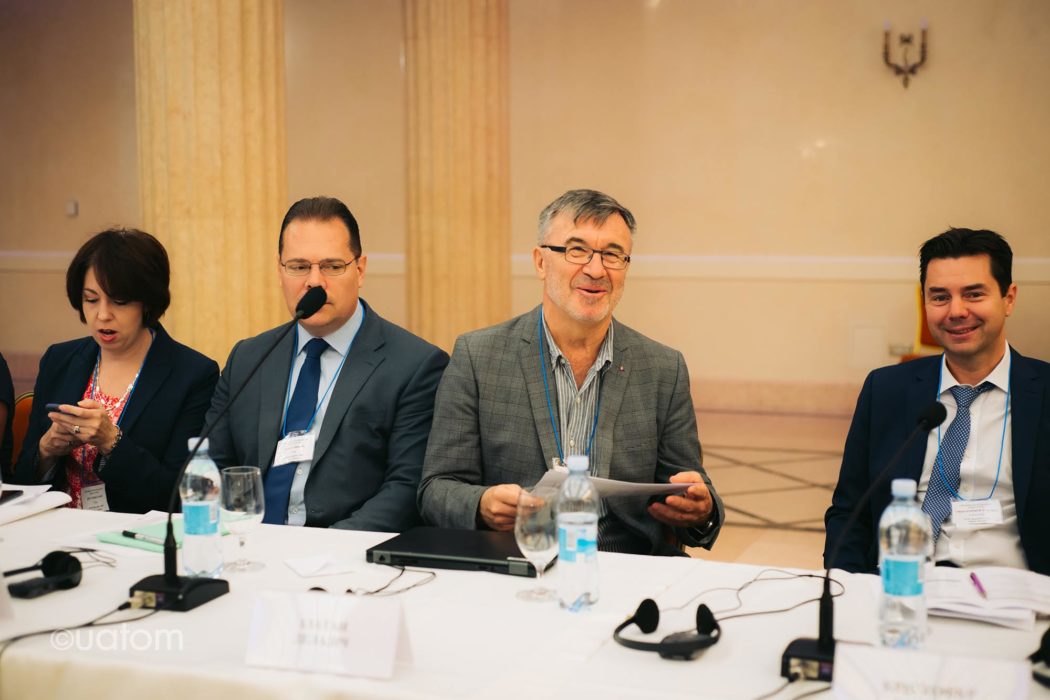 In addition to the in-session meetings, the event participants visited the objects of the State Border Guard Service of Ukraine – the Odesa port and the Kuchurgan checkpoint (Ukrainian-Moldovan border), where the safety systems and the actions of border guards in the event of the actuation of radiological equipment and the revealing of radiation-hazardous objects were demonstrated. According to the newly elected co-chair of the Group Zlatan Delalic, “It was interesting to see the work of Ukrainian border guards. It is always useful to see with your own eyes how everything looks in practice, and not just in theory. ” The meeting participants highly praised the level of arrangement of this meeting. 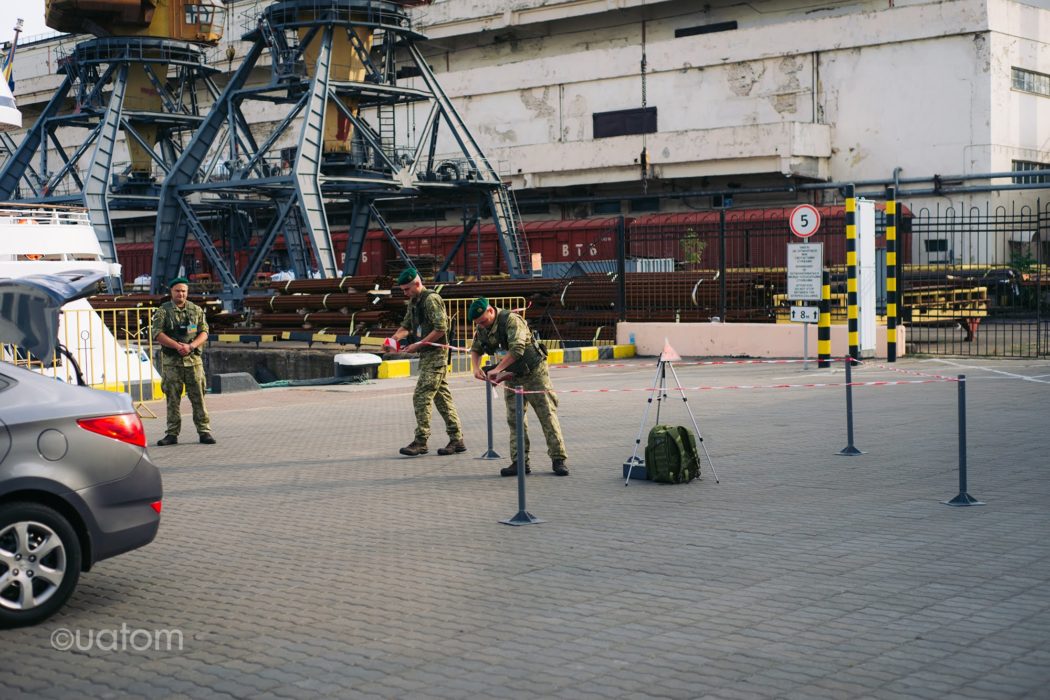 The Group activities will continue in the future. 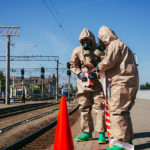 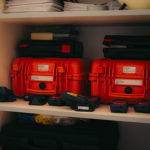 How Does Feofaniia Work? Visit of Belgian Experts to All-Ukrainian Radiosurgery...
Scroll to top