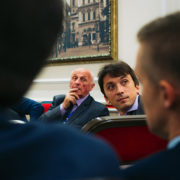 The XVI Ukrainian Conference on Physical Protection*, Accounting and Control of Nuclear Materials has started in Lviv yesterday. The event was organized by the George Kuzmich Training Center for Physical Protection, Accounting and Control of Nuclear Materials under the support of the Swedish Radiation Safety Authority and the Norwegian Radiation and Nuclear Safety Agency. The first day of the meetings was devoted to many aspects and problems of physical protection: from justification of necessity, economic feasibility and planning of physical protection systems to management, organization and methods to improve existing systems. As the organizers noted, this year’s conference became the largest in its history: a record number of participants (more than sixty) were engaged. 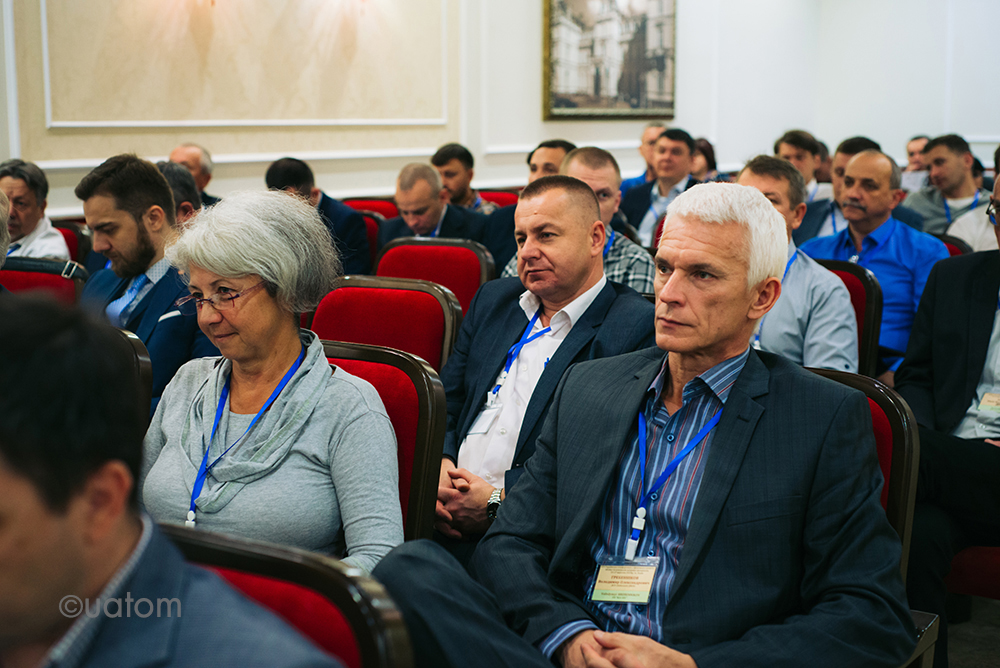 At the opening of the conference, representative of the Swedish regulatory body Zlatan Delalic said that this year’s conference is being held within the resolution signed last year outlining the most urgent issues for Ukraine in radiation and nuclear safety.

“One of the main goals of the conference, I think, is to identify existing issues and, even if they cannot be solved quickly, it will be the first step towards finding this solution. In addition, the world society is always ready to help”, the Swedish representative said. 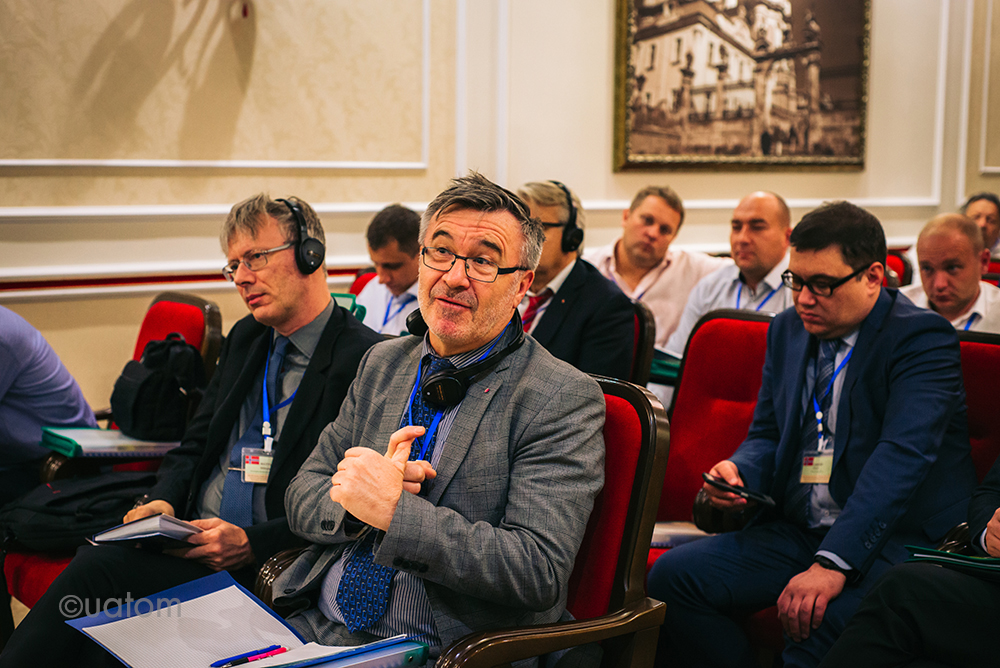 Deputy Director on Physical Protection of the Energoatom Atomproektengineering Directorate for Construction of CSFSF Maxym Brodyahin shared his experience in forming the physical protection system for the Centralized Spent Fuel Storage Facility (CSFSF). The CSFSF is being constructed in the Chornobyl exclusion zone. 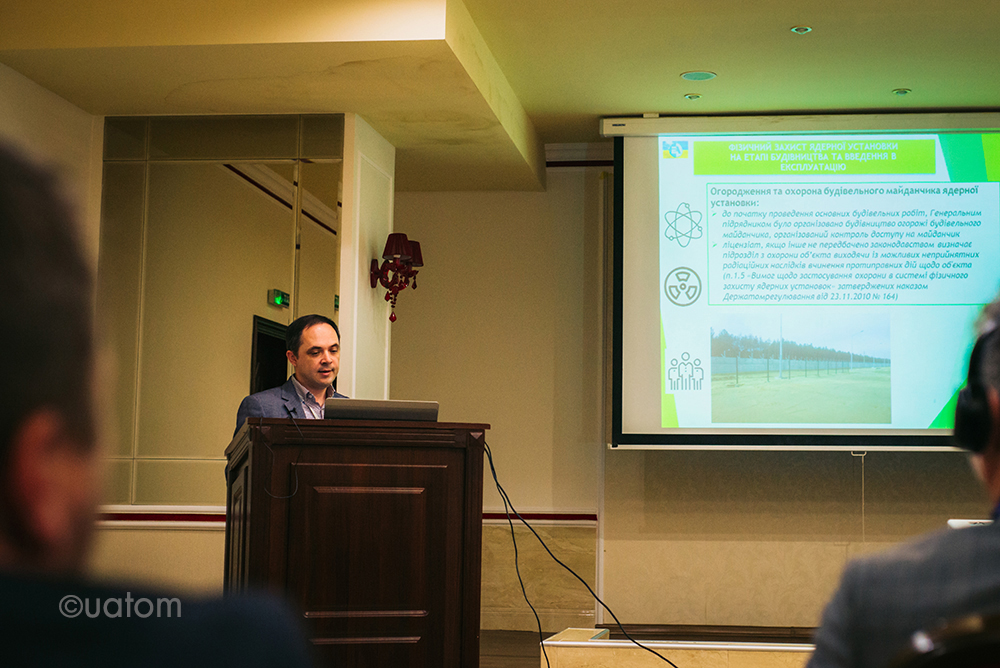 Generation of spent nuclear fuel during operation of nuclear power plants is an integral part of the nuclear fuel cycle. Annually spent nuclear fuel from domestic NPPs is exported for storage and reprocessing to the Russian Federation, which puts Ukraine in a monopoly dependence on the services of the aggressor country enterprise. Today, essentially every country operating nuclear energy has storage facilities for spent nuclear fuel. Eastern European countries have already built their own storage facilities and stopped SNF transport to Russia. Construction of CSFSF in Ukraine will enhance the energy safety of the state and will allow reducing the costs in this area (Ukraine spends about 200 million U.S. dollars annually to export spent nuclear fuel and store it in the Russian Federation). The CSFSF project is expected to be paid off within 3-4 years of its operation. 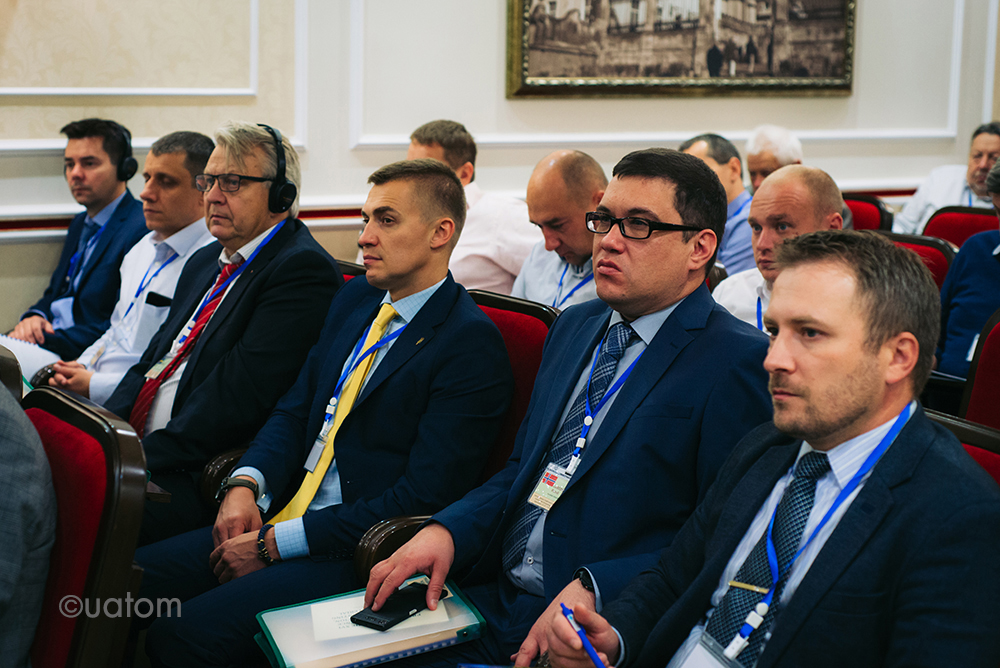 Ukraine has not a vast experience in developing physical protection systems for nuclear installations from siting, thus developing physical protection during CSFSF design is not an easy task. At the stage of construction of a nuclear facility, prior to physical protection putting into operation, the operating organization should ensure compliance with many requirements, including inspection of the construction site to detect explosive objects and substances. For example, an artillery shell from World War II was detected at the ChNPP ISF-2 construction site, which could pose a threat during project implementation. The next stage is to form a fence and provide access control at the site for personnel and vehicles, as well as its protection by relevant unit, which is licensed to implement such activities.

It was decided to arrange measures for detecting essential components, objects and substances in places that may be used for sabotage purposes in the form of inspections of important components by the physical protection unit, which was specially established in the Atomproektengineering.

“Facility level design-basis threat should be taken into account by the designer already at the stage of physical protection project development, with full awareness of all the threats existing in a particular region. For example, CSFSF is located in the exclusion zone, 12 km away from the border with Belarus, which is very specifically protected. This should be obligatory taken into account”, Maxim Brodyahin said. 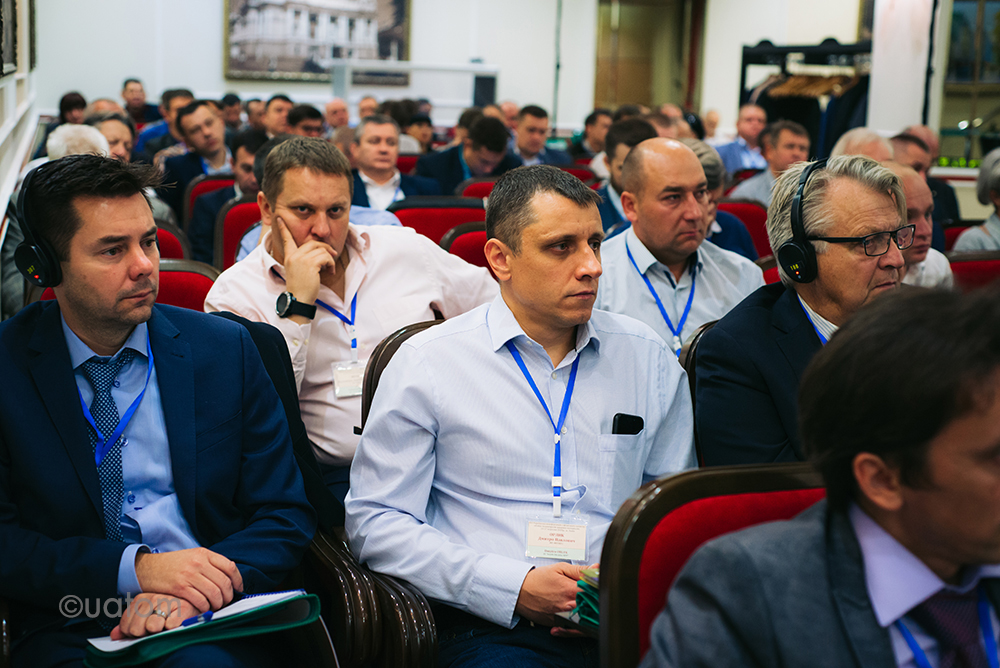 At all life stages of a nuclear facility, the operating organization cooperates closely with the SNRIU. Siting, design of all systems, their installation and adjustment is performed only if approved by the regulatory body. Commissioning of the centralized spent fuel storage facility is planned in March 2020.

*Physical protection is measures developed to protect nuclear facilities, nuclear and other radioactive materials during their use, storage and transport against sabotage and illicit withdrawal, detection and return of lost nuclear materials and to minimize radiological effects of sabotage. 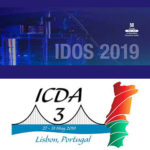 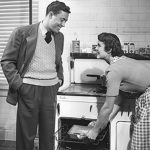 Kinder, Küche, Kirche? Or How Up-to-Date are Views on Equality of Physical...
Scroll to top