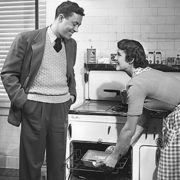 The Mattel Company has launched a gender-neutral Barbie and gender equality is discussed at the physical protection conference.

“What is this world coming to?” you might ask.

“In the future, where everyone will be able to realize his/her potential as an individual, regardless of conventionalities and stereotypes”, the speakers of the Gender Equality section of the XVI Conference on Physical Protection, Accounting and Control of Nuclear Materials held in Lviv these days will answer. 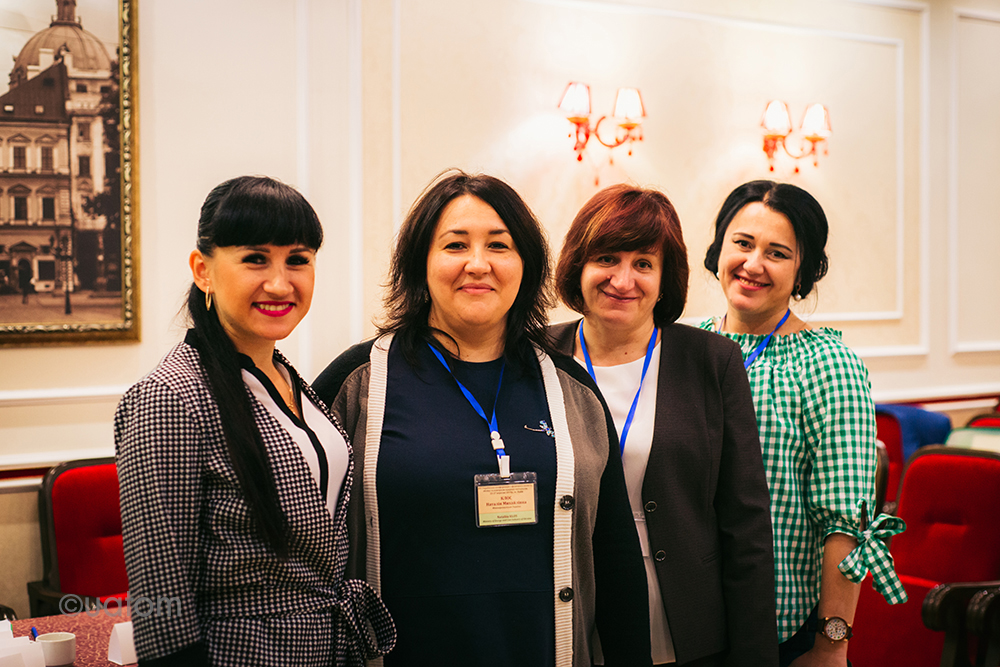 From left to right: Oleksandra Zaiichenko, Head of the Legal Service of Military Unit No. 3043;
Natalia Kloss, Chief Expert in the Physical Protection Sector for Nuclear Power Facilities of the Department of Nuclear Energy and Atomic and Industrial System;

Liubov Liubinetska, Head of the Security Department of the Centralized Radwaste Management Enterprise;

What first comes to your mind when you hear word gender? Do you recall feminism, gender change, or LGBT? In fact, in the up-to-date sense, term gender is used to refer to psychosocial and sociocultural roles of man and woman as individuals. Physical protection has historically been considered a “purely male” task because of the need to use military units, radioactivity, presence of many structural and instrument components, and the need to respond to physical threats. In fact, this tradition is the gender inequality. It means that due to formed public opinion, by default, women are excluded from fair competition that should exist in any industry.

Today, the world situation on equal rights and opportunities is changing very quickly, and Ukraine has no choice but to join the process. One of the most striking examples of a successful combination of motherhood and fantastic career is Ursula von der Leyen, who was elected President of the European Commission in 2019 by the European Parliament. Together with her husband, she brings up seven children.

“I am working hard to increase the share of women in the Agency, especially in senior positions. My goal is to achieve gender parity among the most senior officials by 2021”, said late IAEA Director General Yukiya Amano in his statement at the last year’s UN General Assembly.

The Constitution of Ukraine defines that citizens of Ukraine have equal rights and freedoms and are equal before the law. According to the statistics provided by Natalia Kloss, Chief Expert in the Physical Protection Sector for Nuclear Power Facilities of the Department of Nuclear Energy and Atomic and Industrial System, women are gradually involved in the process of establishing physical protection at nuclear facilities. However, this does not concern management positions where the percentage of women is minimum. According to a statistical survey of the Ministry of Energy and Coal Industry of Ukraine conducted among all organizations involved in nuclear safety support, the percentage of women in physical protection units is 12% among working personnel and 6% among management. 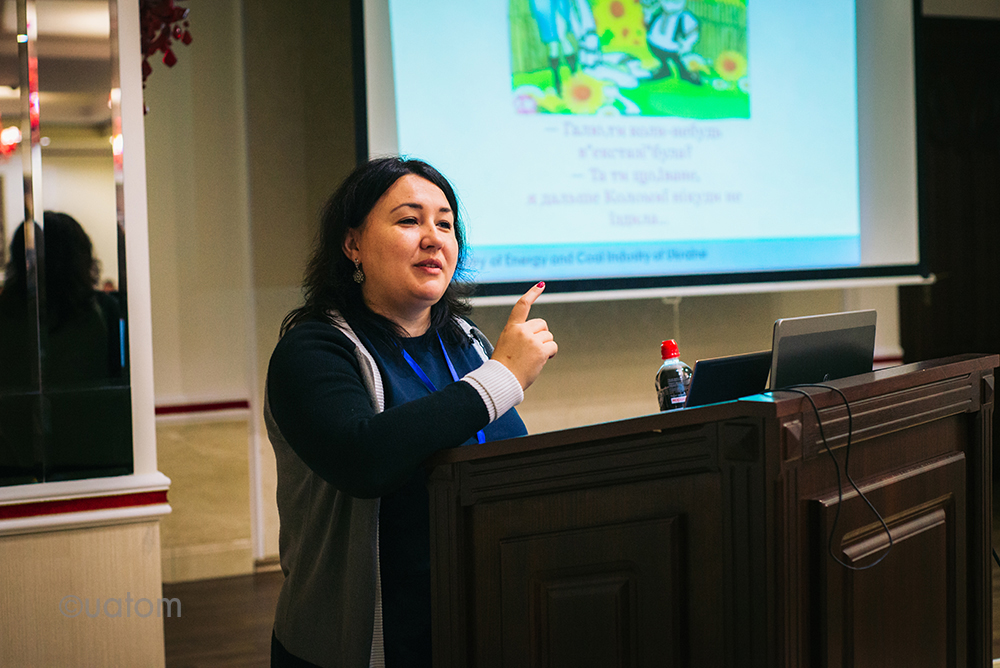 However, among students studying in this area the distribution is quite another: 30% of female students against 70% of male students.

Liubov Lyubinetska, Head of the Security Department of the Centralized Radwaste Management Enterprise, noted in her report that Ukraine is 65th among 149 countries in the Global Gender Ranking 2018. 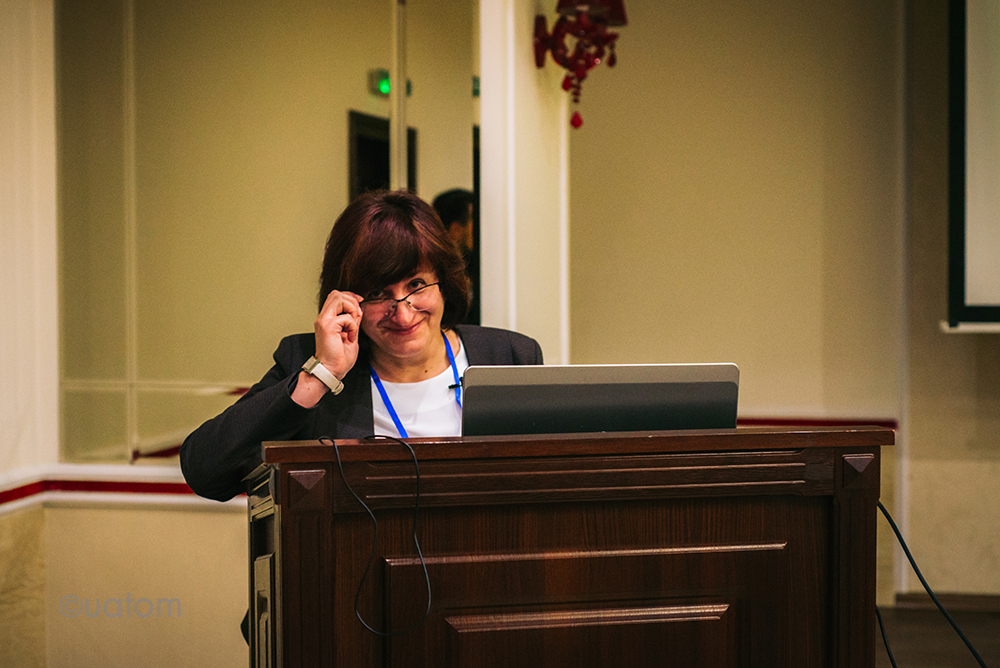 “The attitude to the issue of women’s rights protection in present Ukraine is ambiguous. On the one hand, we declare our loyalty to European approaches, on the other:  many people consider gender equality as an artificial ideologeme imposed from outside”, the speaker concludes.

An interesting study on gender equality was conducted by Oleksandra Zaiichenko, Head of the Legal Service of Military Unit No. 3043: she asked her military colleagues in management positions what they think about gender equality. The general attitude may be presented as one quote: “We try not to appoint women to risky jobs, not because they are not qualified, but because we want to protect them”. 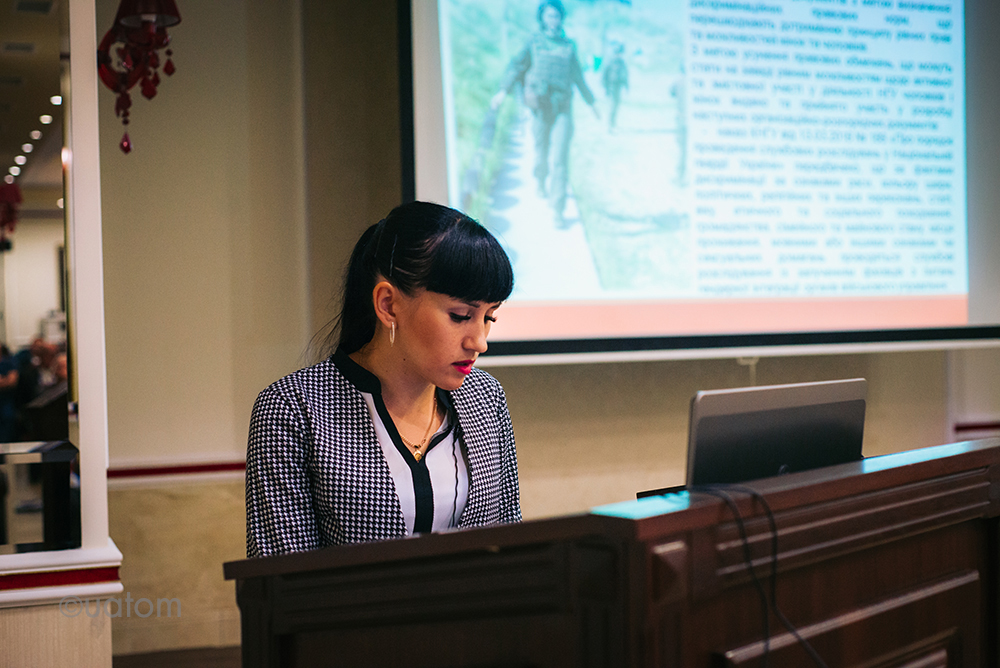 According to Ms. Oleksandra: “The main thing is to provide a woman with the opportunity to realize her professional ambitions in the area that she likes and to move up the career ladder without obstacles”

The topic caused inflammatory discussions among the conference participants. By the way, there were only eight women among more than sixty participants. However, the foundation was laid, because the discussion is start of changing public opinion. Everyone has the opportunity to think: is his/her position exactly his/her position, and not just, what the person is got used to.

Record Number of Participants at This Year’s Conference on Physical Protection... 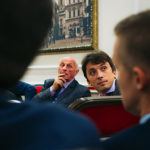 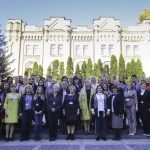