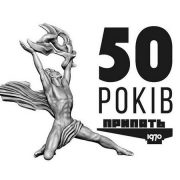 On 4 February 2020, the former town of power engineers Prypiat would be 50 years … However, the accident at the Chornobyl nuclear power plant forever changed the countdown for the town and its inhabitants. Prypiat remained the same as locals remembered it: forever 16 years old at the night from 25 to 26 April 1986.

On the 50th birthday of Prypiat, the artists united to give a present to it, former inhabitants and all over the world. According to the organizers of the “Prypiat is 50” campaign, the former town of power engineers became a town of art, place for inspiration and diverse creativity. Those who were forced to leave their native town and left a piece of their life here are not ready to accept the fact that Prypiat no longer exists. So, they are coming back. Again and again, for years trying to bring back here even an echo of life. With them those appear who have never lived here, but are capable of sympathy and understanding. Those who are able to change the perception of reality. Those who bring life back here”, coordinator of the campaign, chairman of the board of the Prypiat.com Centre Oleksandr Syrota said. On 4 February 2020, musicians Les Yakymchuk and Paul Solonar played live on the town central square performing improvisations using the virtual PRIPYAT Pianos sound museum. They were inspired by the town itself, as well as the chronicles of the young Prypiat, which were projected onto the Polissia hotel. The ARTEFACT project, whose task is to rethink the informational component of the Chornobyl accident, presented Prometheus media bas-relief to the music of media artist Valeriy Korshunov. The 25-meter projection onto the Polissia hotel with a total area of 350 m2 was displayed synchronously with the music written using the Sounds of Chornobyl (library of sounds from the Exclusion Zone created by the ARTEFACT).

The project called by its authors the first and largest mapping projection of the Chornobyl zone was an up-to-date rethinking of Soviet social-realistic art. It presented the myth of Prometheus as one of the symbols of Prypiat. “Culture and art are one of the most important driving forces of social issues in developed countries. For the future, we need to overcome the consequences of not only the radiation accident, but also the information accident of Chornobyl in which we live today. We have prepared a petition on the website of the President of Ukraine, in which we draw attention to simple but extremely important Chornobyl issues related to each today’s Ukrainian”, Valeriy Korshunov said in the interview. Former residents of Prypiat watched live the whole performance through the teleconference from the Chornobyl National Museum in Kyiv, as well as from Slavutych.

The organizers of the event and its participants hope their example have inspired other artists to come to Prypiat, implement new projects here and work together to reduce the negative regarding Ukraine and Chornobyl exclusion zone in the world.

“The town is a huge platform for experimental art, whose potential was not properly disclosed yet. Prypiat is suitable for filming, photo projects, music projects … For example, in a populated city it is not possible to perform such experiments with sound that could be done in Prypiat. The only thing is that creativity should not physically change the look of the town. I would like to keep it as authentic and integral as possible. I hope one day Prypiat will obtain the UNESCO status”, Volodymyr Savin, author of the PRIPYATPianos virtual sound museum said.

It took the composer 7 years and more than 25 trips to Prypiat to find 20 more or less undamaged pianos and record their sound. In PRIPYATPianos, all 88 keys of the piano layout are asounded, parameter of key pressing strength and duration is taken into account, there is even the opportunity to trace sound degradation from 1986 to 2019. According to the campaign organizers

How to Improve Radiation Safety and Quality of Radiation Therapy in Medical... 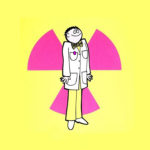 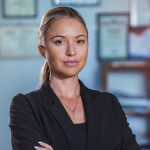 Kateryna Pavlova Became Acting Head of the State Agency of Ukraine on Exclusion...
Scroll to top