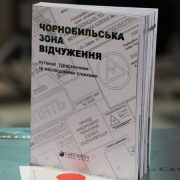 You will not hear this from the guide. Reliable information about the Chornobyl exclusion zone was first collected in one book: its geography, ecology, cultural heritage, history of the Chornobyl accident and the main objects of tourist interest. All this was included in the guidebook of the Chernobyl Exclusion Zone, presented on February 20 at the Kyiv National Museum of Chornobyl. Book “Chornobyl Exclusion Zone: Guide to Tourist and Little Known Routes” was published in a pocket size, but rather thick. Since its content covers most of 2,600 km2 of zone territory that tourists really can visit.

The guidebook contains sections on the foundation of Prypiat, Chornobyl, accident course at the nuclear power plant on 26 April 1986, radiation contamination of the territory, Chornobyl-2 facility and the Duga project, objects on the left bank of the Prypiat River, and also the history of self-settlers, an ethnocultural scope of the accident, etc. A half of the book is devoted to the rich geography, flora and fauna of the exclusion zone. “This is exclusion zone stock-in-trade, where we see not only the history of this territory and events occurred there, but also the present: what happens in the area now, flora, fauna, technical objects”,  publisher Ivan Stepurin Director of the Summit-Book Publishing house said during the presentation. The idea to write such a guidebook came about three years ago, when four experts Oleksandr Syrota, Denys Vyshnevskyi, Oleksandr Rybak and Michaela Bušovská  divided themes and started working on the texts of the sections. Their task was to remove information chaos around the Chornobyl accident and present a balanced picture of the exclusion zone. Indeed, the authors have more opportunities for this, since their activities are directly related to the zone. Ecologist and zoologist Denys Vyshnevsky is the head of the scientific department of the Chornobyl radiation biosphere ecological reserve. In the guidebook, he was responsible for the sections on the fauna and flora of the Chornobyl zone.

“Things that happen in the zone do not fit into the framework of ordinary thinking. On the one hand, it is an accident. On the other, its consequences are paradoxical. How to combine the accident and the largest object of biological diversity in Europe? How to combine the accident, destruction and the exclusion zone turning into a technological park where the latest technologies for radioactive waste management and robot technology for the whole world are tested? Attempts to adapt these paradoxes for the general reader gave birth to this book”, Denys says. The history and current state of Prypiat was written by Oleksandr Syrota, a former resident of Prypiat, and now the head of information center “Chornobyl. Territory of Change” and President of the International Non-Governmental Organization “Prypiat.com Centre”.  According to him, the authors tried to make the guidebook so that it evenly showed the Exclusion Zone from different sides:

“Someone can go exclusively to Prypiat because he wants to see the town, which is perceived as a post-soviet reserve or civilization model or in the STALKER he run along these streets. Someone wants to see old villages. He is absolutely not interested in urban tourism, he does not need a nuclear power plant. He wants to get into an abandoned church in the Krasno village and ride through the abandoned villages of the left bank”. The section on the history of the beyond the horizon Chornobyl-2 radar station, component of the Duga system was written by Oleksandr Rybak. For over 10 years he has been studying the technical support of this giant “wall” of antennas built by the Soviet Union northwest of Chornobyl for early detection of U.S. ballistic missile launch. “We covered the main tourist routes and those objects that first of all have some significance for a general understanding of what the zone is”, Rybak says. “In addition, the guidebook contains general historical information about the accident and technical details about the NPP. For readers to get a comprehensive presentation”. However, co-author Oleksandr Syrota notes that people who are interested in Chornobyl have already received some information. Presented guidebook “The Chornobyl Exclusion Zone” is an attempt to systematize this information.

Accordingly, the authors described mainly places open to tourists. Although, to create a complete picture, the text also covers non-tourist locations, in which, after decades of nature riot there is no other way than a bulldozer. The 224-page publication was published at the end of the last year on request of the Ministry of Information Policy under support of the State Agency of Ukraine on Exclusion Zone Management. Accordingly, this circulation of 3000 copies will not go on sale, but will be distributed free of charge to organizations and institutions related to the Chornobyl topic.

However, the publisher announced the presentation of an electronic version of the guidebook soon, as well as its English version.

See more photos in the gallery.

In 2019 NPPs Generated 54% of all Electricity in Ukraine 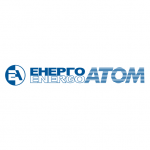