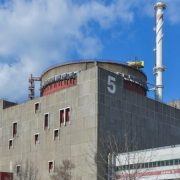 The Nuclear Safety Department (NSD) at the Zaporizhzhia NPP identified the implementation of Westinghouse fuel at Unit 5 into commercial operation as its priority for 2020. Trial operation of this fuel is currently underway. The implementation process includes integrity monitoring of fuel claddings, core refueling, inspections, fuel acceptance, etc.

“ZNPP performs trial operation of Westinghouse fuel, and we are close to its completion. The core at Unit 5 was completely formed of FA-WR last year. The operation of mixed core of FA-WR and FA-A continues at Units 1, 3 and 4. NSD functions in this process are to ensure the safety of nuclear fuel during the whole fuel management cycle at NPP. We conduct incoming inspection, move fuel assemblies to units and load them into the core”, NSD head Dmytro Kasyanenko noted.

Westinghouse commercial operation at Unit 5 is scheduled for the maintenance period in 2021. ZNPP Units 1, 3 and 4 will be gradually and completely transferred to FA-WR in 2021-2022.

It is worth reminding that Westinghouse fuel operation at Ukrainian NPPs was started in 2005 on the basis of the Ukrainian-United States Intergovernmental Agreement in 2000. Six trial FA-W were loaded into the core at South Ukraine NPP Unit 3 at that time. The next batch of 42 US fuel assemblies was loaded in 2010.

Energoatom signed a contract with Westinghouse Electric Sweden for the commercial supply of fuel for three national power units annually for four years. At first, Westinghouse fuel assemblies were operated mixed with Russian ones at South Ukraine NPP (Units 2, 3) and Zaporizhzhya NPP (Unit 5). In 2017, three power units at Zaporizhzhya NPP (No. 1, 3, 4) were added to them, and South Ukraine NPP Unit 3 was the first unit in Ukraine loaded completely with Westinghouse fuel.

According to “NAEK «Energoatom»”. 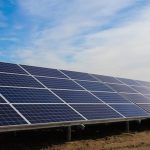 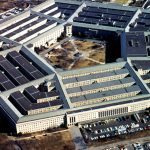