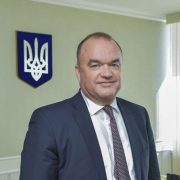 The Government has Appointed Petro Kotin, the New Acting President of the Energoatom National Atomic Energy Company. This is stated in the order of the Cabinet of Ministers № 361-r of March 29, 2020.

The document states that Kotin will perform his duties until the winner of the competition for the post of Energoatom president is announced. Since August 2019, Petro Kotin has been the Director General of Zaporizhzhya NPP, where he has worked since 1985.

During his career, he went through all stages of operational management, as well as worked in the field of international activities in the NAEK “Energoatom” management. Kotin headed the production unit, and since 2014 has led the strategic project “Energy Bridge Ukraine — European Union”.

Before Kotin, this position since November 2019 was occupied by Pavlo Pavlyshyn, who previously held the position of Director General of Rivne NPP.

According to the Government Portal and the Press Centre of the Energoatom.

The Operational Personnel of Ukrainian NPPs Work in Maximum Isolation During... 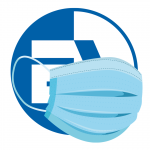