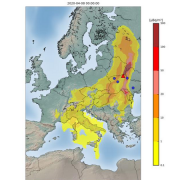 The Institute for Radiological Protection and Nuclear Safety (IRSN) of France has conducted a number of in-house studies on the potential radiation impact of fires on a global spatial scale.

In the research of French scientists, the radioactive release was estimated by reverse simulation (using available measurements) during April 3-12, 2020. Modeling of variance lasted until April 14, 2020.

In particular, the IRSN report identified levels of air activity that could be detected in France due to the movement of air masses polluted during fires in the Chornobyl Exclusion Zone. It also assessed radiological impacts for both Ukraine and neighboring countries. In addition, the report confirmed that, despite the higher than usual activities of cesium-137, which were observed in the air of Kiev during the wildfire, they will not affect the health of the population of the capital. The report is available on the official website of the French Institute for Nuclear and Radiation Safety at the link.

Specialists of the Emergency Preparedness and Radiation Monitoring Department of the State Scientific and Technical Centre for Nuclear and Radiation Safety and other scientific institutions have been monitoring the radiation situation in Ukraine due to the fire in the Exclusion and Unconditional (Compulsory) Resettlement Zone since April 4.

According to SSTC NRS.

The Fire in the Exclusion Zone Bypassed the Spent Nuclear Fuel Storage Faci... 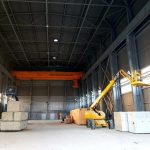 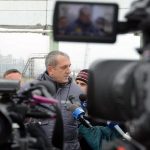