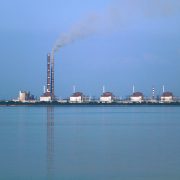 Six confirmed cases of coronavirus were recorded among the staff of three Ukrainian NPPs, as of April 29. Two workers were infected at the Zaporizhzhya NPP (they were taken for treatment), two workers fell ill at the Khmelnytsky NPP (are in inpatient treatment), and two more employees from the South Ukrainian NPP were hospitalized and their diagnosis was confirmed.

In addition, one case of COVID-19 was at the Atomremontservice State Enterpsise of NNEGC Energoatom in Slavutych and another case from Atomenergomash in Energodar.

Persons known to have been in contact with the infected were sent to self-isolation, and healthcare facilities at their place of residence were informed of the risks involved.

No cases of COVID-19 contamination were detected among critical NPP personnel.

NNEGC “Energoatom” reminds that since the end of March the technical control teams (TCT) and operatives, whose workplaces are located on the control panels of the NPPs of Ukraine, have been transferred to isolation mode.

For the period of quarantine for isolated personnel on the basis of sanatoriums and hotels of satellite cities of NPPs all necessary social and living conditions for living, eating and recreation have been created. Critical personnel are transported to jobs by special routes. Isolated staff is provided with personal protective equipment, constant medical monitoring of health at work and in places of isolation with documentation of results is organized.

Employees of contractors working at NPP production sites are on the territory only with special passes, which can be obtained only by those who have submitted all the documents on the expanded list, passed the questionnaire and medical examination.

Fire Fighting Does Not Stop in the Exclusion Zone 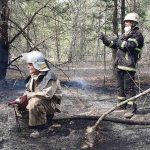 The Emergency Reported the Localization of the Fire in the Forests of the Exclusion...
Scroll to top