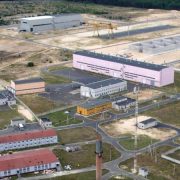 The project for the construction of a storage facility for intermediate storage of highly active vitrified radioactive waste (RAW), which will be returned from the Russian Federation, has been approved.

There is the relevant order of the State Agency of Ukraine for Exclusion Zone Management (SAUEZM).

The radwaste, which is planned to be stored in the facility, emerged after Russia’s reprocessing of spent nuclear fuel from Ukrainian nuclear power plants.

The master plan of the project envisages that the storage facility will be built on the Vector production complex in the Exclusion Zone.

“It will guarantee radiation safety and reliable intermediate storage of high-level radioactive waste for the entire period of its operation for up to 100 years,” the press service of SAUEZM reported.

“Vector” — a complex of production for decontamination, transportation, processing and disposal of radwaste. Photo: SAUEZM

According to the leadership of the Central Enterprise for Radioactive Waste Management, documentation for the tender announcement is currently being prepared.

The need to create a repository for highly active radwaste is caused by Ukraine’s obligation to accept for storage radwaste returned from the Russian Federation after reprocessing of spent nuclear fuel of Ukrainian NPPs. This is enshrined in the Agreement between the Government of Ukraine and the Government of the Russian Federation on Scientific and Technical Cooperation in the Field of Atomic Energy of January 14, 1993, as well as the Strategy for Radioactive Waste Management in Ukraine of August 19, 2009.

The terms of radwaste return from Russia have been postponed several times due to the fact that the Ukrainian side has not yet created the appropriate infrastructure for their storage.

We remind that the Centralized Spent Fuel Storage Facility (CSFSF) is also being built in the Exclusion Zone. Spent fuel from Rivne, South-Ukrainian and Khmelnytsky NPPs will be stored at the CSFSF. Completion of the storage is planned to be completed by the end of 2020.

Exclusion Zone Wildfire: Deserted Pioneer Camp, a Village and 5% of the Nature... 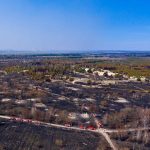 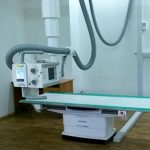 What Radiological Equipment is Forbidden to Use? Clarification from the SNR...
Scroll to top