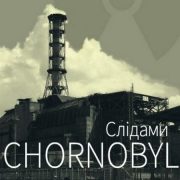 The All-Ukrainian online contest “Following the Traces of Chornobyl” summed up its results. The Internet Olympiad was attended by 6,163 students of grades 9-11 from different parts of Ukraine who wanted to test their knowledge of the Chernobyl disaster.

The winners received diplomas of I, II and III degrees, the rest – certificates of participation. Participants had to answer via their own computers 15 questions that reflect the Chornobyl accident from different branches of science: physics, chemistry, history, ecology, etc.

The competition was aimed at deepening students’ knowledge about the Chornobyl disaster: its consequences for humanity, environmental problems, features of the development of nuclear and alternative energy. The All-Ukrainian online competition “Following the Traces of Chornobyl” is a continuation of the educational and motivational interdisciplinary project of the Kharkiv Polytechnic Institute. The project consists of a series of video lessons that cover the topic of the Chornobyl disaster, as well as a textbook for teachers, developed by teachers of KhPI. Based on the sections of the school physics course, which covers nuclear physics, the principles of nuclear energy and the scientific basis of the processes that took place during and after the accident are analyzed in detail in the video lessons on the example of the Chornobyl man-made catastrophe.

Also, scientific discoveries, implementations, as well as engineering and technical solutions used during the liquidation of the consequences of the accident were analyzed and analyzed.

The competition was organized by the National Technical University “Kharkiv Polytechnic Institute” and the educational project “Na Urok”. The texbook can be downloaded at the link.

According to the organizers and participants of the competition.

Acting Minister: The Cost of Decommissioning of All NPP Units is UAH 200 bi... 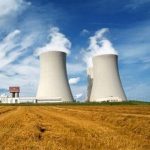 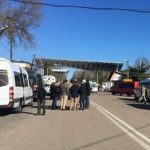 Between Popularity and Safety. What Does Chornobyl Tourism Lack?
Scroll to top