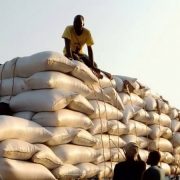 Poor soil fertility meant low yields and insufficient income for soybean farmers in the West African nation of Benin. Thanks to the use of bio-fertilizers, improved using isotopic techniques, they have increased their production significantly, with the support of the IAEA in partnership with the Food and Agriculture Organization of the United Nations (FAO).

Researchers at the University of Abomey-Calavi in Benin,  the National Agricultural Research Institute of Benin (INRAB) and several local and international NGOs have helped local farmers to increase the yields of soybean by increasing the nitrogen content of the soil through the natural process of nitrogen fixation from the air, making soybean production environmentally friendly.

To facilitate the process of increased nitrogen fixation, researchers at the University of Abomey-Calavi produced inoculum, a biofertilizer that contains microorganisms to enhance the productivity of soil and stimulate crop growth, and also test the efficacy of these bio-fertilizers before releasing them to the Ministry of Agriculture and the NGOs for distribution to farmers. Isotopic techniques were used to establish this efficacy and the ability of the plants to uptake the biofertilizer and fix nitrogen from the air.

“Inoculation promotes the development of nodules at the roots and thus increases the fixation of atmospheric nitrogen. It is a cost-effective way to increase yields, while improving and maintaining soil fertility,” said Nestor Ahoyo Adjovi, Scientific Director of the INRAB.

The IAEA, through its technical cooperation programme, trained about 50 scientists and technicians across 23 research sites to use isotopic technology – nitrogen-15 tracing – to identify specific varieties of soybean with high rates of nitrogen fixation and high yield.

Nitrogen-15, a stable isotope of nitrogen, is used to quantify how efficiently nitrogen fertilizer is used by crops and to determine how much nitrogen crops capture from the atmosphere. Through INRAB, Benin’s Ministry of Agriculture helped to disseminate the technology and information to 15,000 to 20,000 farmers.

Through applying Isotopic Technology Benin, which did not export soybean in 2009,   supplies its product to export markets in Turkey and the United Arab Emirates and more recently to Belgium and Togo

Nevertheless, the improved yield in the farmers’ field is still below the world average of 3370 kilograms per hectare, and scientists continue to work on improving the practices further.

Equipment for Early Detection of Fires Is Being Tested in the Exclusion Zon... 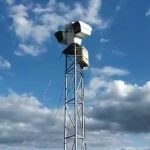 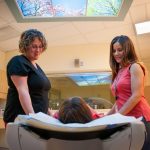 The IAEA Online Course on Radiation Protection of Patients is Available in Three...
Scroll to top