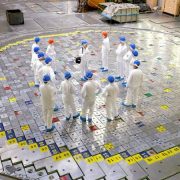 According to Energoatom, the most optimum method for power unit decommissioning is 52-year deferred dismantling. This will minimize radiation load on personnel and give time to accumulate funds for dismantling as informed by the Energoatom press service on Facebook.

“It is the deferred dismantling with 30-year safe enclosure that seems to be the most optimum  method for Ukrainian nuclear power plants today”, the press service stated.

Deferred dismantling involves safe enclosure of a power unit for several decades after nuclear fuel removal. This is required to reduce doses from the most contaminated reactor equipment and unit components.

“The unit, so to speak, ‘cools down’ during such enclosure because the total level of radioactive contamination decreases through the natural decay of some radioactive substances. Therefore, this method allows the dismantling of equipment and structures with much lower doses on personnel”, Energoatom explains.

The other method being considered is immediate dismantling. A power unit is transferred to a safe state immediately after its life expires. Nuclear fuel is removed from the unit after enclosure, and contaminated equipment and components are immediately dismantled.

The situation when all power units will be decommissioned simultaneously is impossible according to Energoatom.

“Firstly, the end of life for each of the 15 operating units in Ukraine is different since they were not constructed in parallel. Most of them are currently in long-term operation. Secondly, according to the scenario of the so-called deferred dismantling, decommissioning of one power unit will last at least 52 years”, Energoatom noted.

The press service cited cost estimates of European experts for Ukrainian NPP decommissioning. Thus, the amount will make up 288 million USD for one VVER-440 reactor. Decommissioning of one VVER-1000 unit installed at most Ukrainian NPPs will require about 367 million dollars.

Energoatom plans to spend these funds gradually throughout the entire 52-year decommissioning process. Deferred dismantling is primarily chosen because of the time required to accumulate funds.

Attempt to Import Radioactive Helicopter to Russia from Germany 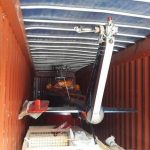 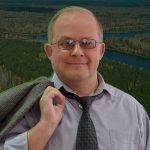