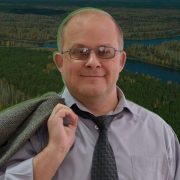 The Chornobyl Radiation and Ecological Biosphere Reserve aims to become a platform for scientific research by specialists from Ukraine and Europe. A consortium of scientific institutions has already been established in the exclusion zone in cooperation with the Ministry of Science and Education. The Polissia State University and the National University of Life and Environmental Sciences of Ukraine have joined it.

Reserve Director Oleksandr Galuschenko told about this in his interview for the National Public Broadcasting Company of Ukraine.

The reserve plans to transform the existing Ukrainian research infrastructure from local to international one in the future by attracting partners from the EU and other countries.

Haluschenko outlined research areas as follows: “Personally, we want to study everything that is interesting to researchers. This is the essence of the research infrastructure. We give a platform, we give basic information, and each scientific institution, scientific team or scientist finds himself/herself there”.

According to him, the first thing that interests the reserve is the conservation of the biodiversity in the Polissia region. However, the doors are open for other areas of research. “Our main proposal to those who come to us for a scientific purpose is as follows: research what you want and make your conclusions, but give free access to initial data”, the director explained.

He said that the reserve makes a big bet on remote sensing, on drones, on satellite images, on automatic devices that take indicators in the territory of the exclusion zone, in particular meteorological, hydrometeorological, and radiation indicators.

However, according to Galuschenko, inadequate funding of the Chornobyl Radiation and Ecological Biosphere Reserve prevents development at the desired pace.

According to the National Public Broadcasting Company of Ukraine.

Most Optimum Method for Power Unit Decommissioning to Take 52 Years According... 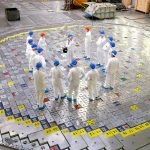 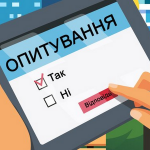