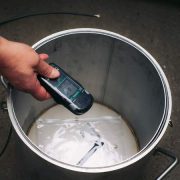 The Kyiv International Institute of Sociology polled residents of the Dnipropetrovsk region for two weeks at the request of the Chornobyl Institute for Research and Development. The aim of the study was to clear up awareness of region residents of the hazard represented by abandoned radiation sources.

The results of the poll within the STEP to Safety campaign showed a sufficiently high level of awareness: 99% of respondents completely agreed or rather agreed with the statement that radiation of sources is extremely hazardous to health, and in some cases to life. Only 1% of people were not sure.

Similarly, almost common (95%) was the belief that a person does not feel radiation effects when he/she is in contact with a radioactive source. 2% had the opposite opinion, another 3% did not know the exact answer to this question.

Similarly, respondents responded to the statement that radiation sources can look different and do not always have appropriate hazard markings, so special equipment is required to detect them. 95% of respondents agreed with this thesis, while 2% did not agree, and 4% were doubtful about the answer.

71% of Dnipropetrovsk residents believe that they know what signs indicate that an object is a radiation source. The most common answers were: indexes of measuring instruments (50%) and special marking (44%). 7% also named glow in the dark.

Moreover, respondents have such misunderstanding regardless of their gender, age group, type of settlement, knowledge or lack of knowledge of what radiation source is.

According to the Dnipro News and Dnipro Bridge.

Director of Chornobyl Reserve Announced Timeframes for Restoration of Affected... 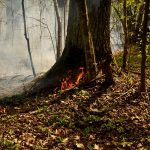 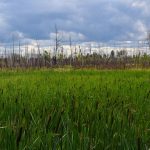