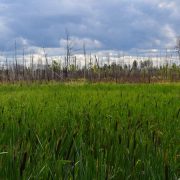 Vegetation in the areas of the Chornobyl Radiation and Ecological Biosphere Reserve affected by spring fires is already being revived.

The abundant flowering of plants in Polissia was supported by heavy rains occurred there recently. From the viewpoint of science, such development of living nature is called postpyrogenic (post-fire) successive changes of vegetation.

“Bay willow, thyme, soapwort, and wild chicory bloom in the pictures painted by nature. There is a smell of honey in the thickets of bay willow, bees are buzzing, and various insects are flying and crawling. Everyone is in a hurry to collect nectar or God’s dew. Isn’t it heaven? ” is said in the message of the Reserve press service.

Scientists have noticed that soapwort blooms the best, so its continuous plantations appeared in some parts of the Reserve.

It should be reminded that Director of the Chornobyl Radiation and Ecological Biosphere Reserve Oleksandr Galushchenko defined real terms of two-three years for nature restoration in the exclusion zone affected by spring fires.

Fires occurred in the exclusion zone from 4 to 29 April on the territory of the Korohodskyi, Lubianskyi, Paryshivskyi, Dytiatkivskyi and Denysovytskyi forestries. 11, 5 thousand hectares in the southwestern part of the Chornobyl Radiation and Ecological Biosphere Reserve were affected. This is 5% of its territory.

According to the Press Service of  the Chornobyl Radiation and Ecological Biosphere Reserve.

How Residents of Dnipropetrovsk Region Are Aware of Radiation Source Threats?... 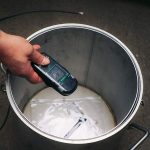 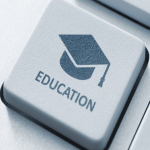