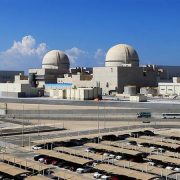 Vice president and ruler of Dubai Mohammed bin Rashid said, that the power generating unit, which started operation on 1 August, is “the first peaceful nuclear reactor in the Arab world”.

The Barakah Nuclear Energy Plant is located in the Al Dhafrah Region of Abu Dhabi on the Persian Gulf shore near the border with the Saudi Arabia.

Its construction began in 2012. The general project consists of 4 units with total capacity of 5600 MW. The project’s executive is the Korea Electric Power Corporation (KEPCO).

Plant is operated by the Emirates Nuclear Energy Corporation (ENEC). Once all four reactors are commissioned, the plant will cover around 25 % of Arab Emirates’ demand in electricity.

Emirates’ authorities gave access to the NPP for the IAEA and World Association of Nuclear Operators (WANO) experts. Abu Dhabi assures that its nuclear programme is strictly peaceful.

Paul Dorfman, an honorary senior research fellow at the Energy Institute, University College London and founder and chair of the Nuclear Consulting Group, has criticised the Barakah reactors’ “cheap and cheerful” design that he says cuts corners on safety.

Dorfman authored a report  last year detailing key safety features Barakah’s reactors lack, such as a “core catcher” to literally stop the core of a reactor from breaching the containment building in the event of a meltdown. The reactors are also missing so-called Generation III Defence-In-Depth reinforcements to the containment building to shield against a radiological release resulting from a missile or fighter jet attack.

According to Deutsche Welle, Al-Jazeera. 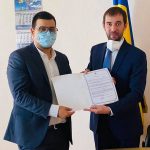 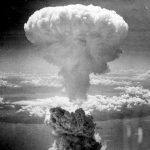 Lessons from Hiroshima and Nagasaki
Scroll to top