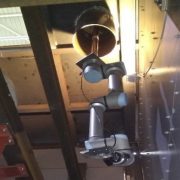 Jacobs and IS Instruments have developed a new type of Raman spectrometric technique that will help detect radioactive contamination and other hazardous substances in waste storage facilities and nuclear facilities under decommissioning.

Raman spectroscopy measures molecular vibrations caused by firing lasers at a target. Although the technique is highly effective to identify specific chemical compounds, it is rarely used in operation of nuclear facilities due to access restrictions and high radiation levels that can prevent the spectrometer from operation in its normal effective range.

The Jacobs company notes that unlike standard equipment, which is often unable to detect specific chemical agents due to the inability to get close enough, or due to the fact that signals are displaced by general radiation level, new Raman spectroscopy probe can be installed on a remote-operated vehicle that allows location within two meters from the target. This ability is very important for the nuclear industry, as it makes identifying chemical compounds easier, cheaper and safer.

Funding for this solution was provided by Jacobs and UK government agency Innovate UK. Now it is already being used to detect uranium, as well as substances such as kerosene and tributyl phosphate, which may also indicate the presence of plutonium or uranium.

The new Raman spectroscopy technique is also a key feature of the company’s new integrated decommissioning system, which will be shown at the Sellafield fuel reprocessing facility this year.

To Be or Not to Be or Everything You Wanted to Know about KhNPP-3, 4 Constr... 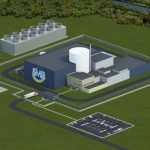 SMR-160 Project has Completed the First Phase of the Canadian Commission VDR...
Scroll to top