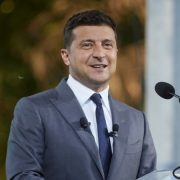 Volodymyr Zelensky said that the state plans to construct two power units of the Khmelnitsky NPP based on the not completed structures of the 1990s. The head of state said this during the visit to the NPP on 9 September.

“We should work on the commissioning of units 3 and 4. They can be constructed approximately in four – five years. We are talking about how to do it faster. We would like to understand the timing to do this safely”, Volodymyr Zelensky said. In a conversation with NPP workers, Zelenskyi assured that the state should not get rid of nuclear generation, which he called the cheapest in the country and that the NPP will be supported by the central administration. The head of state promised to instruct the Cabinet of Ministers to provide financing for the construction, pay the debts to the Energoatom and bring it to a higher level of subordination to state management.

“KhNPP is the property of several decades, and this cannot be lost”, the President said. He added that the construction of two power units and their operation will create 100,000 new job opportunities.

According to the press service of the President of Ukraine, UNIAN.

Read about the issues hidden in the idea of constructing two KhNPP units in an interview with SSTC NRS Director Igor Shevchenko. 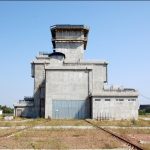 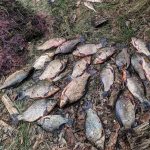