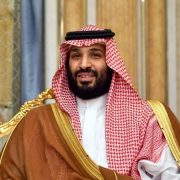 Saudi Arabia likely has enough mineable uranium ore reserves to pave the way for the domestic production of nuclear fuel, according to confidential documents seen by the Guardian.

Its team examined the reports prepared for the kingdom by Chinese geologists, who have been scrambling to help Riyadh map its uranium reserves at breakneck speed during 2019 as part of their nuclear energy cooperation agreement.

Chinese professionals were searching for three main deposits in the central and north-western parts of this Arabic nation. Together they could produce over 90,000 tonnes of uranium per year.

These are “inferred deposits” yet, although they were defined from initial surveys. Further exploration would be needed to confirm uranium reserves and calculate the cost of extraction.

The 2019 survey suggests that the reserves could potentially provide Saudi Arabia with both fuel for the reactors it wants to build, and surplus for export.

The Guardian could not independently verify the authenticity of the report, compiled by the Beijing Research Institute of Uranium Geology (BRIUG) and China National Nuclear Corporation (CNNC), working with the Saudi Geological Survey.

Experts cited by The Guardian say, if Saudi Arabia is able to mine sufficient uranium domestically, rather than relying on foreign providers, it could give the kingdom a boost toward creating its own weapons programme.

“If you are considering nuclear weapons development, the more indigenous your nuclear program is, the better. In some cases, foreign suppliers of uranium will require peaceful-use commitments from end users, so if your uranium is indigenous, you don’t have to be concerned about that constraint,” said Mark Hibbs, senior fellow in the nuclear policy program at the Carnegie Endowment for Peace.

It has become a source of heightened concern in the USA and among allies, since Crown Prince Mohammed bin Salman declared in 2018 that if Iran develops a nuclear bomb, “we will follow suit as soon as possible”.

China stated the exploration of nine blocks (over 30,000 square kilometres) with uranium ore in 2017 and finished at the end of 2019.

“According to international common practice, it takes five to eight years to discover and estimate inferred resources of a uranium-thorium deposit; this project only lasted two years,” the report said, referring to another radioactive element often found alongside uranium.

Analysts at the James Martin Center for Nonproliferation Studies (CNS) said there was no sign in satellite images that mining had yet begun in the areas identified as the most promising by the Chinese and Saudi scientists, but said that was unsurprising only  five months after the completion of the prospecting project.

“It’s obviously important to monitor those sites, as that would give us a clear indication that Saudi Arabia was moving forward with uranium mining,” said Ian Stewart, head of the CNS Washington office.

Read aslo: Uranium in Ukraine and Abroad: Realities and Prospects

Funds for Construction of Two KhNPP Units Still Being Sought 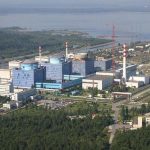 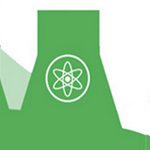