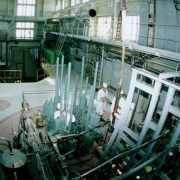 A project to remove the last remaining batch of unirradiated highly enriched uranium (HEU) fuel from Kazakhstan has been completed in a joint effort by Kazakhstan and the USA, the US Department of Energy’s National Nuclear Security Administration (NNSA) has announced.

The NNSA and Kazakhstan’s Ministry of Energy together almost 3 kilograms of unirradiated HEU fuel from the IGR research reactor in Kurchatov. It was then shipped by truck in 25 special transportation casks more than 200 miles to the Ulba Metallurgical Plant in Ust-Kamenogorsk, where it was downblended. This process included: crushing and grinding the graphite/uranium blocks, oxidising the graphite material, dry mixing with low-enriched uranium (LEU) powder, dissolving the uranium, and adjusting to get the uranium oxide to 19.8% enrichment. The entire process was conducted following IAEA safeguards, and the uranium can now be used as fuel for LEU research reactors. “The world is a little bit safer now that this material has been downblended into a less dangerous form,” NNSA Administrator and Under Secretary for Nuclear Security of DOE Lisa Gordon-Hagerty said. “Thank you, Kazakhstan, for your steadfast resolve in accomplishing this important task.”

Removal and blending down the HEU fulfilled an agreement made between Kazakshtan and the USA at the International Atomic Energy Agency’s General Conference in 2019. This year the two countries signed a joint statement in which they commit to converting Kazakhstan’s IVG.1M research reactor from HEU to LEU fuel in 2021.

According to data from the IAEA, Kazakhstan has three operational research reactors: IGR and IVG.1M, at Kurchatov, and WWR-K, at Almaty. The two countries have previously worked together to eliminate all HEU from the WWR-K reactor, which has been running on LEU fuel since 2017.

Chornobyl Zone to Be Divided into Two Sections 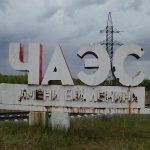 Ukraine Participated in Joint Exercises with Moldova
Scroll to top