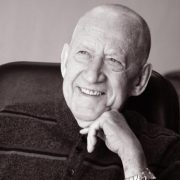 On 15 October, at the age of 90, Vladimir Korovkin, Honored Power Engineer of Ukraine, founder and former Director General of the Rivne NPP, passed away. “Vladimir Korovkin, a man who contributed significantly to the development of town city in which he lived, has passed away. From the first cubic meter of concrete he constructed not only a nuclear power plant, but also a satellite town, gave homeland to more than one generation. For a long time, not only relatives and friends will remember him with warmth, but also colleagues, friends – all those for whom Volodymyr Korovkin was a mentor and for whom he gave a worthy example”, the Press Service of the State Scientific and Technical Center for Nuclear and Radiation Safety informed.

Vladimir Korovkin was born on 25 February 1930 in the Luzhky village, Palekh raion, Ivanovo oblast of Russia. He held a degree in heat and power engineer (Ivanovo Power Engineering Institute). From 1952 to 1973 he worked as an engineer at various thermal power plants in Siberia. In 1973, he headed the Western (now – Rivne) NPP, supervised its construction, was Director and Director General until 2002. After retiring from the post of the Energoatom Deputy Director General for Mayor Construction, Volodymyr Korovkin worked as a mayor of Kuznetsovsk, satellite town of Rivne NPP (now Varash), for four years (2006-2010).

He was awarded with 14 orders, medals and awards of the USSR, Ukraine, Russia and France

“I want to say to the present generation of nuclear scientists that an employee of the nuclear industry is the greatest responsibility, and I am glad that the traditions laid down by the generation of pioneers are being maintained and developed,” SSTC  NRS recalls the Korovkin’s words said in one of his numerous interviews.

According to SSTC NRS Press Service.

Chornobyl Zone Not for Children 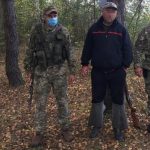