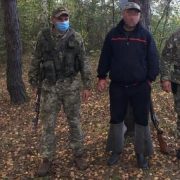 On 14 October, a detachment of border guards and police detained a man with a gun in the Chornobyl exclusion zone. It turned out that he killed an elk, hunting for which is prohibited.
Moreover, the person was in the border area without identity documents and entered the exclusion zone illegally.

A joint detachment of the border service of the Ivankiv unit of the Zhytomyr detachment and National Police officers was patrolling the water area on a boat when they saw an unknown person on the shoreline overwash within the Chornobyl zone. The law enforcers found out that the 47-year-old man lives in Kyiv, got to the radiation area illegally and has no documents. He only had a hunting rifle. Due to this, the border guards inspected the surrounding area. So they found the carcass of a dead elk.

For the present, the offender has been brought to administrative responsibility for being without documents in the border zone and incompliance with the requirements of the radiation safety regime in the areas with radiation contamination. The issue of opening criminal proceedings against him under Article 248 of the Criminal Code of Ukraine (“Illegal hunting”) is being resolved.

I should be recalled that according to the decision of the Supreme Court of Ukraine of October 2019, the elk (European elk) is included in the Red Book of Ukraine, which means that hunting for it is prohibited. 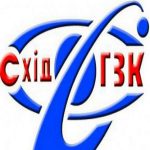