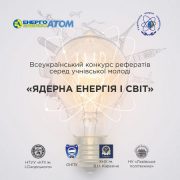 Completion of the All-Ukrainian Nuclear Energy and Peace Essay Competition among high school students took place on 8-9 October 2020 online due to quarantine measures. High-school students from Yuzhnoukraiinsk, Kharkiv and Varash won among 22 participants.

The essays that won the previous stage in their regions: satellite towns of NPPs in Ukraine, Ivankiv region of Kyiv oblast, Kharkiv, Lviv and Kyiv reached the final. Now they were evaluated by a jury consisting of leading researches and university professors and heads of public organizations engaged in activities in nuclear energy, headed by the honorary president of the Ukrainian Nuclear Society Volodymyr Bronnikov. So, the winning places were distributed as follows: 2nd place – Mykola Luganko (Kharkiv), Prospects for the Use of Inertial Thermonuclear Fusion; The jury preferred those essays, in which the authors showed independent thinking and analysis and submitted their own specific practical work: measurements of radiation background, public opinion polls and other interesting studies.

Incentive prizes were received by: Lina Petruk (Lenkivtsi village, Khmelnytskyi oblast), Gennadiy Chalyi (Kyiv), Anna Khaitova (Enerhodar, Zaporizhzhia oblast), Anna Shykhnenko (Prybirsk village, Kyiv oblast), Kostiantyn Savorona (Varash, Rivne oblast). Gifts from the organizers of the competition were received not only by the winners, but also by all
participants in the final.

You can see all the essays on the website of the Ukrainian Nuclear Society.

The second stage was organized by: Ukrainian Nuclear Society and Energoatom. 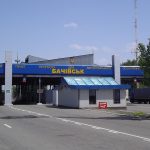 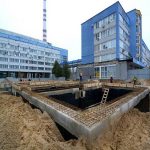