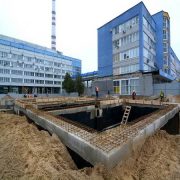 The fifth meeting of the group for information exchange on technical assistance to Ukraine on radiation safety and nuclear safety and security of the working group of the Global Partnership against the Spread of Weapons and Materials of Mass Destruction was held online.

The initiative covers the USA, Canada, Germany, Norway, Sweden, UK and Ukraine, which receives technical assistance from these countries. The representatives of each party met to discuss and inform participants about technical assistance in order to “build the synergy of all stakeholders” (according to the representative of the Ukrainian Foreign Ministry Oleksandr Kapustin).

Director of the Department of the Ministry of Energy Yurii Sapozhnykov told about three projects coordinated by this ministry. The first is “Development of the National Nuclear Protection Personnel Program for Ukraine”. Within this program, under agreement with the IAEA, the Kyiv Polytechnic Institute launched master’s program “Physical Protection, Accounting and Control of Nuclear Materials” in the specialty “Atomic energy” and equipped a physical protection laboratory for students. Joint project of the SSM and SNRIU dedicated to raising public awareness of the hazards from abandoned radiation sources presented on Uatom.org. Slide of the Zlatan Delalic’s presentation

Webinar co-chairman Zlatan Delalic (Swedish Radiation Safety Authority, SSM) called the new master’s program of the Kyiv Polytechnic University “an excellent example of multilateral cooperation”. “The U.S. has developed a training program. Together with Canada, a laboratory for the program has been equipped. There are now plans to develop the laboratory infrastructure”, he said.

The second project led by the Ministry of Energy is called “Independent Assessment of Nuclear Security Culture in Ukraine – Preventive and Protective Measures against Threats from within”. It is aimed at preventing sabotage at nuclear facilities under the hybrid war with Russia.

Enough attention is paid to this issue; therefore the third project is devoted to this topic and is called “Theoretical Training on the State Plan for the Interaction between Central and Local Authorities in Case of Sabotage”. However, its implementation has been postponed due to the Covid-19 pandemic.

Sapozhnikov’s colleague from the Ministry of Energy, Yevhen Vladymyrov presented the E-SOC project to establish a cybersecurity operational center in the ministry, which will cover all energy areas. “Cybersecurity is more important than ever before”, Mr. Vladymyrov highlighted. Since all technologies, in particular video surveillance, fire alarms, etc. are connected by networks, this allows hackers to interfere with the operation of even a nuclear power plant. Quarantine measures – remote activities over the Internet – give law-breakers even more opportunities to inflict damage. Equipment for the perimeter of the South-Ukraine NPP industrial site under support of the Federal Republic of Germany. Slide from the presentation by Vladyslav Borzenkov.

The State Agency of Ukraine on Exclusion Zone Management, according to the Head of the International Cooperation and Public Relations Department of the institution Kateryna Pavlova, has implemented several large-scale projects in cooperation with international partners, first of all, it is New Safe Confinement commissioning in 2019 and has shown significant progress in Chornobyl NPP decommissioning. Moreover: start of ISF-2 hot tests, disposal of radioactive waste and remediation of the Vakulenchuk site (2016), disposal of radioactive waste from the Tsybuleve site (2019-2020) in the exclusion zone. The next step, according to Ms. Kateryna, will be disposal of military radioactive waste in Deliatyn, Ivano-Frankivsk oblast (scheduled for 2021-2022).

Ms. Pavlova recalled the project of the Chornobyl Research and Development Institute “KROK do Bezpeky (STEP to Safety)”, which is being implemented in the Dnipropetrovsk oblast under assistance of the Oak Ridge Laboratory and the U.S. Department of Energy. “I hope in the future we will be able to cover all regions, not only the Dnipropetrovsk oblast”, Pavlova noted.

Kateryna Pavlova also appealed to support the project for transport of an abandoned neutron radiation source found at the Institute of Geochemistry in 2018. The State Agency of Ukraine on Exclusion Zone Management is looking for donors to purchase special containers and a neutron radiation detector to solve this issue and transport the source to the Radon.

Due to international technical assistance from the Office of Nuclear Smuggling Detection and Deterrence of the U.S. National Nuclear Security Administration (NNSA) and the IAEA, the State Border Service’s ability to counter smuggling of nuclear materials has significantly increased. Administration spokesman Vadym Ivko reported on the installed monitoring systems at the checkpoint on the administrative border with the Autonomous Republic of Crimea and on the contact line in the JFO zone. At the same time, the support of American partners with equipment and training helped to improve the detection of radiation materials on the Ukraine-Moldova border. “The main achievement of 2020 is (I will reveal the secret) signing the joint declaration between the State Border Service of Ukraine and NNSA on the splendid results of 15-years-cooperation in implementing the NSDD program in Ukraine”, Ivko summed up. Ukrainian nuclear power plants improved their physical protection systems due to partnerships with the G7 countries. The presentation of Vladyslav Borzenkov (Energoatom) showed how. Zaporizhzhya NPP in cooperation with the Oak Ridge laboratory (USA) has a project until 2023 on developing a plan to prevent sabotage in turbine halls and standby power generators at all six power units; installation of alarm stations and interconnection of power units, local and central alarm stations and adjacent buildings.

At the central entrance and at RNPP-3, Germany will install equipment at the cost of 3.6 million euros by the end of 2020, at SUNPP – equipment for physical protection along the perimeter at the cost of 7.2 million euros. CCTV cameras, fencing, cables and access control systems will be installed by the American Scientific and Technology Center in Ukraine until 2023 (the amount of donor assistance is 1.1 million dollars). Reconstruction of the main entrance of the Rivne NPP under donor assistance from Germany. Slide of the presentation by Vladyslav Borzenkov

In 2019, negotiations with the Norwegian and Swedish radiation safety authorities to improve physical protection at the Khmelnytsky NPP were completed. The parties agreed to allocate 1 million euros to reconstruct the central alarm station and physical protection system at unit 1. The main entrance of the Rivne NPP after reconstruction. Slide from the presentation by Vladyslav Borzenkov

Presentations of partner country representatives inform that donor assistance to Ukraine covers not only purchase and installation of equipment. Most of the projects are training for Ukrainian officials and security officials of the State Border Service of Ukraine, National Guard of Ukraine on using the provided equipment, prevention of radioactive material smuggling, etc.

Educational and scientific projects are also being implemented by the Swedish Radiation Safety Authority (SSM) with Ukrainian partners. They include support for scientific studies in the area of nuclear disarmament and nuclear non-proliferation at the Odessa Mechnikov National University and Odessa National Polytechnic University. Information resource Uatom.org, which publishes expert and licensed information, is being developed in cooperation with the SNRIU and State Scientific and Technical Center for Nuclear and Radiation Safety. 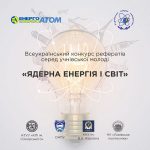 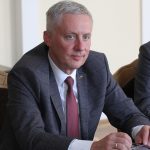 Ukrainian Ministry of Energy Assured Lithuania It Will Not Import Electricity...
Scroll to top