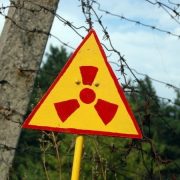 Some media spread information on incredible increase of the radiation background in the Chornobyl exclusion zone during the second half of November based on the indicators of the automated radiation monitoring system (ARMS). In fact, metrological verification was the reason for off-scale reading of the equivalent dose rate (EDR) measuring sensors. The radiation background in the exclusion zone remains within the limits characteristic of this territory.

Since 17 November, experts of the Kyivoblstandartmetrologiya enterprise have been working in the Chornobyl zone. They perform metrological verification of the EDR measurement sensors. The calibration procedure involves sensor exposure to a standard high-power source. On 25 November, metrologists performed verification on ARMS sensors: VOS-3, VRU-750, KOPACHI, NAFTOBAZA, POZHEZHNE DEPO, VIDVIDNYI CANAL, ISF-2, CHORNOBYL-2 and ChNPP industrial site. Accordingly, this caused an EDR increase for 1.5-2 hours, which was noticed by journalists. The State Scientific and Technical Center for Nuclear and Radiation Safety recalled that such a metrological verification for EDR sensors of the ARMS, which is supervised by the Ecocentr, have been performed annually since 1988.

“It should be noted that short-term jumps in the indicators of EDR measuring sensors by 1000 times could not be caused either the transport of metal, wood, or any radioactive waste. Protection of radiation-hazardous cargo during transport is strictly regulated and controlled, therefore the radiation dose from such objects is minimum”, the SSTC NRS Press Service noted. 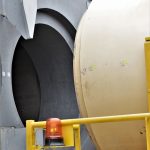 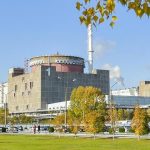 Incident and Accidents Database Developed at ZNPP to Analyze Impact of Human...
Scroll to top