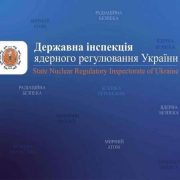 SNRIU Chairman and Chief State Inspector on Nuclear and Radiation Safety of Ukraine Grygoriy Plachkov announced congratulations on the 20th anniversary of establishing the State Nuclear Regulatory Inspectorate of Ukraine.

The new executive body was established upon the Main State Inspectorate for Nuclear Safety Oversight and the Department of Nuclear Regulation of the Ministry of Ecology and Natural Resources of Ukraine.

He was delegated the functions to define safety criteria, requirements and conditions in nuclear energy use, issue permits and licenses for activities in this area, state oversight over meeting legislation, regulations, standards and rules on nuclear and radiation safety, etc.

“Sincere congratulations to the SNRIU staff and everyone who stood at the origins of authority development, with wishes of good health, well-being, continuous movement towards success, inspiration, optimism, confidence in the future, new achievements, brilliant ideas and real opportunities for their implementation”, the Chairman wished.

Abramovsky: ISF-2 as Great Victory on Way to Nuclear and Radiation Safety of... 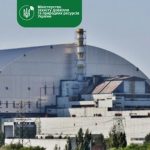 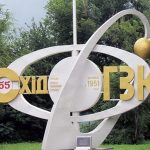