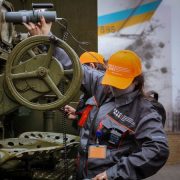 On December 30, specialists of the Department of Emergency Preparedness and Radiation Monitoring of the State Scientific and Technical Centre for Nuclear and Radiation Safety inspected the anti-aircraft gun of the Polytechnic Museum at the Igor Sikorsky Kyiv Polytechnic Institute (Kyiv, 37/6 Peremogy Avenue).

The reason for the attention to the museum exhibit was an amateur video, which SSTC NRS received. The video of a citizen measuring the radiation background of anti-aircraft equipment shows that close to the examined devices, the dose rate reached 700 — 800 μR / h, which significantly exceeds the background levels (although at a distance of 0.5 — 1 m from this equipment the equivalent dose rate does not exceed the background).

So the information on the video was confirmed — dosimeters detected the presence of the isotope radium-226, which was used in AA guns.

According to the results of the survey, SSTC NRS specialists prepared a report, which was sent to the SNRIU. Based on it, an order was prepared to remove the identified sources of ionizing radiation and protect citizens from potential danger.

The KS-19 anti-aircraft gun was transferred to the KPI in 2014 as a museum exhibit by the Balaklia Repair Plant. It is not fenced and accessible to visitors, the devices have signs of damage.

Half-life. Will We Cope With Radioactive Legacy? 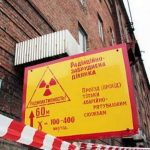 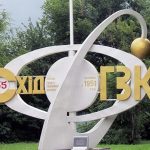