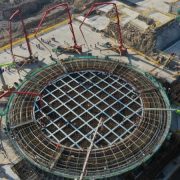 The first safety-related concrete has been poured for the nuclear island of unit 1 at the San’ao nuclear power plant in Zhejiang province, China General Nuclear (CGN) has announced.

A total of six Chinese-designed Hualong One pressurised water reactors are planned for the site. On 2 September 2020, the executive meeting of the State Council approved the construction of units 1 and 2 as the first phase of the plant. China’s National Nuclear Safety Administration issued a construction permit for the two units on 30 December. This project marks the first Chinese nuclear power project involving private capital, with Geely Technology Group taking a 2% stake in the plant. CGN holds 46% of the shares of the project company Cangnan Nuclear Power, with other state-owned enterprises holding the remainder.

CGN Chairman and General Manager Yang Changli said the company “will use the strength of the entire group to give full play to the advantages of more than 30 years of continuous nuclear power construction and the construction experience of the Hualong One, carry out the political responsibility for nuclear safety, and work with all participating units to build the San’ao nuclear power project into a quality project”.

In September, China’s State Council also approved the construction by China National Nuclear Corporation and China Huaneng Group of two Hualong One reactors as the second phase – units 3 and 4 – of the Changjiang plant in Hainan province. Construction of those two units has yet to start. 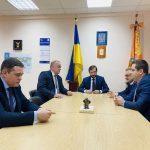