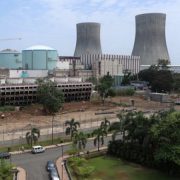 Unit 3 of the Kakrapar nuclear power plant in India’s Gujarat state has been connected to the electricity grid. It was equipped the country’s first indigenously-designed 700 MWe pressurised heavy water reactor (PHWR).

Kakrapar 3 was synchronised with the grid at 11.37am on 10 January.

“A true example of indigenous technology developed and built in India with 15 more such units to follow in fleet mode,” Anil Kakodkar, former secretary of the Department of Atomic Energy, was quoted as saying. Units 3 and 4 of the Kakrapar plant. Image: NPCIL

In April 2007, the Indian government approved plans for the first four of eight planned 700 MWe PHWR units: Kakrapar units 3 and 4 and Rajasthan units 7 and 8, to be built by Hindustan Construction using indigenous technology. In mid-2009, construction approval was confirmed, and late in 2009 the finance for them was approved.

Site works at Kakrapar were completed by August 2010. First concrete for Kakrapar 3 and 4 was in November 2010 and March 2011, respectively, after Atomic Energy Regulatory Board (AERB) approval. The AERB approved Rajasthan 7 and 8 in August 2010, and site works then began. First concrete for those units was in July 2011. Construction had been expected to take 66 months.

India plans to put 21 new nuclear power reactors – including 10 indigenously designed PHWRs – with a combined generating capacity of 15,700 MWe into operation by 2031, the Department of Atomic Energy announced in January 2019. 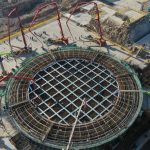 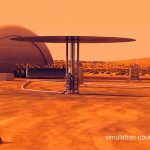