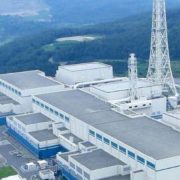 Upgrades to safety measures to comply with new regulatory requirements were completed on February 12 at unit 7 of the Kashiwazaki-Kariwa nuclear power plant in Niigata prefecture, Tokyo Electric Power Company (Tepco) has announced. Although the utility has already received regulatory approval to restart the reactor, it must still obtain local consent. Upgrades to units 6 and 7 at Kashiwazaki-Kariwa were initiated after the March 2011 earthquake and tsunami, which damaged Tepco’s Fukushima Daiichi plant, although the plant’s reactors were previously all offline for two to three years following the 2007 Niigata-Chuetsu earthquake. While the units were offline, work was carried out to improve the plant’s earthquake resistance.

Tepco applied for Nuclear Regulatory Authority (NRA) approval of its design and construction plan for Kashiwazaki-Kariwa units 6 and 7 in September 2013. It submitted information on safety upgrades across the site and at those two units.

The NRA approved Tepco’s safety measures for Kashiwazaki-Kariwa unit 7 on 14 October last year. These include seismic reinforcements and construction of a seawall. It also lists measures to be taken to prevent a serious accident in the event of the loss of on-site power. Under the new safety requirements, BWRs were equipped with filtered venting systems. 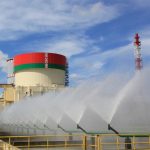 Ukraine supplied electricity to Belarus for 18 minutes
Scroll to top