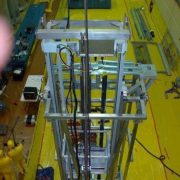 According to Vitaliy Litus, Deputy Chief Engineer for Nuclear and Radiation Safety, such stands have already been tested and are successfully operated at other NPPs in Ukraine. “This stand was developed as part of Westinghouse’s fuel implementation. In Ukraine, it was first used at SUNPP. At the sectoral level, a decision was made to use such a stand for Russian-made fuel used at KhNPP. The results of the inspection of fuel assemblies in this stand will be used in the future to improve the performance of fuel and prevent its depressurization,” said Vitaly Litus.

The stand, which is managed by the Atomremontservice separate division, is transported by road. Installation and testing of the stand of inspection and repair of fuel is also performed by the staff of Atomremontservice.

Visual test  is as follows: fuel assemblies are moved from the fuel pool  to the stand, transport and technological operations are performed by a circular crane. The stand is mounted in a multi-purpose seat. By means of the reloading car fuel is loaded in the stand where corresponding measurements and test are carried out.

Competition of essays “Nuclear Energy and the World” in 2021 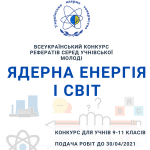 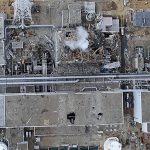