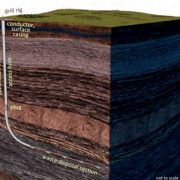 “No fundamental geologic limitations”, a study of opportunities to disposing of radioactive waste in deep horizontal boreholes in Estonia conducted by US nuclear waste disposal company Deep Isolation has concluded.  The study was made on behalf of Fermi Energia, an Estonian company which has proposed several projects of small modular reactors (SMRs) for deployment and now is seeking options for the disposal of used fuel.

The study – conducted in collaboration with Estonian geologic and drilling company Steiger – is a qualitative geological assessment of Estonia’s crystalline basement rock. It evaluates geological conditions and potential risk factors for Estonia’s 15 counties, screening their potential for hosting a deep borehole repository. Fermi Energia was founded by Estonian energy and nuclear energy professionals to develop deployment of SMRs in Estonia. In July 2019, the company launched a feasibility study on the suitability of SMRs for Estonia’s electricity supply and climate goals beyond 2030, following a financing round from investors and shareholders. It selected four SMR designs to be included in the feasibility study: Moltex Energy SSR-W300, Terrestrial Energy IMSR-400, GE Hitachi BWRX-300 and NuScale SMR. All studies were expected to be completed by the end of last year and will be released early this year.

A deep horizontal borehole solution in Estonia would isolate used fuel from such SMRs at a depth of 1500 meters, compared with about 500 meters in a conventional underground repository, Deep Isolation said. In addition, it could be constructed at about one-quarter of the cost. Deep boreholes are more quickly deployed, given that drilling can be done in weeks, while mining can take years or even decades.

“If we are to be successful in our efforts to see Estonia become the first European Union country to deploy an SMR in the 2030s, it is important that we take responsibility now in planning for spent fuel disposal,” said Fermi Energia CEO Kalev Kallemets. “This Deep Isolation study indicates that a deep borehole disposal repository could meet all prerequisites and be safe and cost-effective as well as easily deployed and scalable.”

As we informed, the Deep Isolation has signed a long-term cooperation and licensing agreement with NAC International to design, manufacture and supply canisters to store and/or dispose of nuclear waste in deep horizontal boreholes. 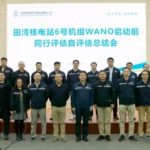 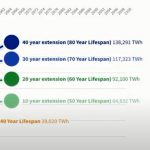