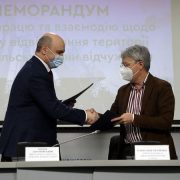 The Memorandum was signed by the Minister of Culture and Information Policy Oleksandr Tkachenko, the Minister of Environmental Protection and Natural Resources Roman Abramovsky, the so-called at. Andriy Plyatsko, Head of the State Agency of Ukraine for Exclusion Zone Management, and Maryana Oleskiv, Head of the State Agency for Tourism Development. “During all these years, thanks to the consolidation of efforts of all branches of Ukrainian government and the active support of our international partners, the most modern facilities aimed at ensuring nuclear and radiation safety are being created in the Exclusion Zone. Science is actively developing. In addition, the Exclusion Zone has a unique cultural component and great tourist potential,” said Acting Chairman of DAZV Andriy Plyatsko.

Within the framework of the memorandum of the Ministry of Environment, ICIP, DAZV and DART identified the following areas of cooperation:

– development of the concept of complex development (memorialization) of the Exclusion Zone and the Zone of Unconditional (Compulsory) Resettlement, its further implementation;

– dissemination of information for the purpose of public perception of the Exclusion Zone and the Zone of Unconditional (Compulsory) Resettlement of territories that have suffered radioactive contamination as a result of the Chornobyl disaster;

– creation of new visiting routes, locations, improvement of existing ones in order to increase the attractiveness of these territories and increase the number of visitors from around the world;

– promoting the presentation of the Exclusion Zone and the Zone of Unconditional (Compulsory) Resettlement at the international level;

– organization of preparations for events on the occasion of the 35th anniversary of the Chornobyl disaster;

– establishing cooperation with international organizations in the areas defined by this Memorandum, preservation of cultural and natural heritage. According to Minister of Environmental Protection Roman Abramovsky, the signing of today’s Memorandum is a powerful impetus that will unite and consolidate all our resources to ensure effective and comprehensive communication of development prospects and relevant information about the modern “life” of these territories.

Minister of Culture Oleksandr Tkachenko stressed that not only is the Exclusion Zone a tourist attraction, but also, first of all, a place of remembrance.

“Future generations must see everything for themselves and realize the scale of the April 1986 tragedy. Rethink the emotions from what we saw,” he stressed. Therefore, investments in the development of the Exclusion Zone are, in his opinion, investments in the formation of Ukrainian identity and the creation of conditions for the effective use of the economic potential of cultural heritage.

Mr Tkachenko told a news conference that the Ministry had not backed down from adding the Chornobyl complex to the preliminary UNESCO World Heritage List to be able to preserve and restore individual sites. In addition, an important vector of cooperation, which will be worked on by all signatories of the Memorandum, will be the preparation and implementation of measures to be taken to mark the 35th anniversary of the Chernobyl disaster.

Read the editorial analysis of the status and prospects of reference visits to the Exclusion Zone in the material: Between Popularity and Security. What Does Chernobyl Tourism Lack? 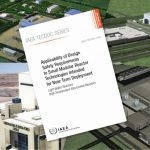 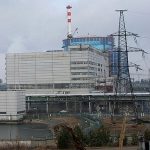