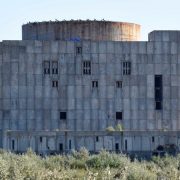 The Russian-controlled Crimean government has decided to dismantle the incomplete buildings of the Crimean Nuclear Power Plant in Shcholkino at Cape Kazantip. Six buildings with a total area of ​​22,140 square meters will be demolished. In particular, the objects of unfinished construction with 70% readiness of will be demolished: single-cell diesel generator station, three-cell diesel generator station, reactor building, engine room with deaerator stack and premises of electrical devices, as well as the foundation of the Unit 2 engine room, unit pump station with 30% readiness. In 1995-1999, parties of the Kazantip festival were held in the engine room of the Crimean NPP. Photo: Yevgen Zhuk

The works on writing off these objects are ordered by December 31 of the current year.

Reference: Construction of the Crimean NPP began in 1975, but stopped in 1987 at 85% readiness. The decision of the USSR government to stop construction was caused by environmental protests and local residents, frightened by the 1986 Chornobyl accident. In 1989, the station was finally abandoned. In February 2016, at a meeting of the Committee on Property and Land Relations of the Russian Parliament of Crimea, it was decided to dismantle the unfinished Crimean nuclear power plant in Shcholkino, and transfer building materials for the construction of a bridge in the Kerch Strait. 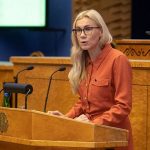 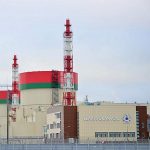