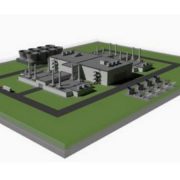 Uniper Sweden, LeadCold and the Royal Institute of Technology (KTH) are collaborating to explore the possibility of constructing a demonstration LeadCold SEALER lead-cooled small modular reactor (SMR) at Sweden’s Oskarshamn plant site by 2030. The partners have also applied for funding towards building a non-nuclear prototype at Oskarshamn for testing and verifying materials and technology. Conceptual layout of a 4×55 MWe SEALER plant for the UK with its reactor units located underground. Image: LeadCold

Uniper said the goal of the collaboration is to enable the commercialisation of these reactors in Sweden in the 2030s.

An academic network based at KTH is connected to the project. The Sunrise (Sustainable Nuclear Research In Sweden) project — whose partners include KTH, Luleå University and Uppsala University — has already received SEK50 million (USD6 million) in funding from the Foundation for Strategic Research to develop the design, material technology and safety analysis for an advanced lead-cooled research and demonstration reactor.

Uniper, LeadCold and KTH have applied to the Swedish Energy Agency for a grant of SEK125 million. The partners will put the funds towards building an electrically powered non-nuclear prototype of LeadCold’s SEALER (Swedish Advanced Lead Reactor) concept lead-cooled reactor at the Oskarshamn plant site for testing and verifying materials and technology in an environment of molten lead at high temperatures.

The prototype will be operated for five years starting in 2024. The small lead-cooled SEALER design is claimed to generate 3-10 MWe over a 10-30 year period without refueling. After operation, the first SEALER units will be transported to a centralised recycling facility.

“We see a clear role for nuclear power in the energy system of the future, and we are therefore investing in developing the nuclear power of the future in collaboration with LeadCold, which has patents on design and materials for a small modular reactor with lead cooling and passive safety,” said Uniper Sweden CEO Johan Svenningsson. Uniper Sweden is the largest shareholder in OKG, owner of the Oskarshamn plant.

LeadCold is a spin-off from KTH in Stockholm, where lead-cooled reactor systems have been under development since 1996. The company was founded in 2013 as a joint stock company. It has a Canadian subsidiary, LeadCold Reactors Inc, which is registered in Alberta, Northwest Territories and Nunavut.

Kazakhstan Has No Decision Yet on NPP Construction but Explores Technologie... 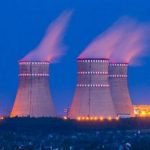 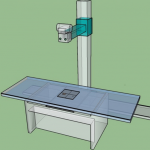