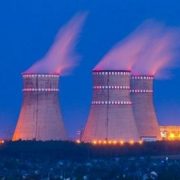 Kazakhstan has not yet decided to construct a nuclear power plant, but is still investigating the reactor technologies of the United States, South Korea, France, China, Russia and other countries.

The Ministry of Energy of Kazakhstan annually monitors the electric power balance for the medium and long term periods. The long-term forecast balance demonstrates the projected power shortage. In this regard, different practices of advanced countries and options for introduction of basic and load following modes of electricity generation using different sources are considered.

“Given the annual growth of consumption and strengthening of environmental requirements, NPPs are one of the alternative sources to cover base loads. The ministry studies reactor technologies from the world’s leading manufacturers, such as the United States, South Korea, France, China, Russia, and more. However, currently no decision has been made on construction of a nuclear power plant in Kazakhstan,” the press service of the Ministry of Energy of Kazakhstan said.

A reminder: on 3 April 2019 during negotiations with the president of Kazakhstan Kasim-Zhomart Tokayev in Moscow, the President of Russia Vladimir Putin offered to build in Kazakhstan a nuclear power plant based on the Russian technologies. The Kazakh side stated that the final decision on the construction of the nuclear power plant will be made taking into account the opinion of the public.

In June 2019, Tokayev told reporters that Kazakhstan had no plans to build a nuclear power plant.

Another Earthquake in Fukushima Area, but No Danger for Nuclear Power Plant 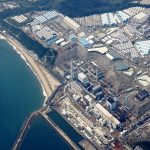 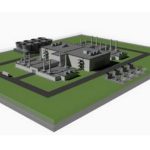