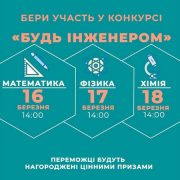 The Council of Young Specialists with the support of the administration and the Trade Union Committee of Zaporizhzhya NPP holds a traditional open competition “Be An Engineer!” among students of 10 grades of general secondary education institutions of Energodar.

The competition will take place in the conference hall of the ZNPP Cultural and Business Centre in three subjects: mathematics, physics, chemistry. The winners in the nominations: “Mathematics”, “Physics”, “Chemistry”, as well as the absolute winners in three subjects will receive valuable prizes, diplomas and souvenirs. 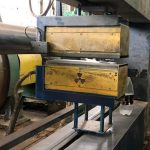 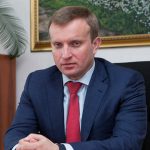 The government has appointed the head of SAUZEM
Scroll to top