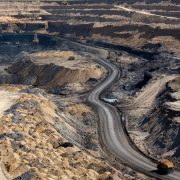 On February 24, the Majilis (lower house) of the Republic of Kazakhstan supported the Senate bill on amendments to the Code “On Subsoil Assets and Their Use” concerning uranium mining.

These amendments are intended to regulate the extension of the uranium mining period: conditions and procedures for the extension, and also propose to conduct additional exploration of deposits during the mining period and within the contract area.

The matter is that, according to the deputy Irina Unzhakova, all enterprises — users of subsoil assests of Kazakhstan work on the basis of outdated geological data. There is a need for additional study of data on uranium deposits, as well as the geological structure of its deposits.

Additions to Articles 173, 176 and 278 of the Code will regulate the conditions and procedures for extending the uranium mining period and conduct additional study (additional prospecting) of the site during the mining period and within the contract territory. Also — in case of detection of a new deposit or a set of uranium deposits to carry out their assessment in the framework of the appendix to the project of development or project of experimental-industrial extraction of uranium.

Accordingly, if studies show that the increase in uranium reserves in a particular place will be greater by 30% or more than the original volume, the subsoil user will be obliged, according to the amendments, to implement a social project in the region.

In addition, a rule on the elimination of the consequences of uranium mining, in particular on the liquidation of all technological facilities, has become mandatory.

The document also contains a rule on optimizing the process of monitoring the implementation of project documents and eliminating redundant requirements during the annual author’s supervision.

Read also: Uranium in Ukraine and Abroad: Realities and Prospects.

The “STEP to safety” radiology laboratory operated in Kamyanske 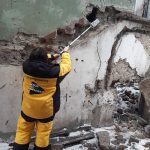 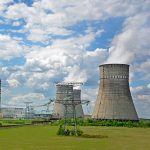 RNPP received written permission from the SNRIU to launch Unit 2 after planned...
Scroll to top