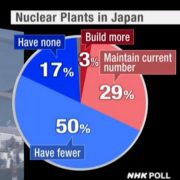 67% of those polled by the Japanese broadcaster NHK said they were in favor of reducing or completely shutting down nuclear power plants in the country. These are the results of a survey of 2,300 people conducted in November-December 2020 throughout Japan.

50% of respondents said that the number of NPPs should be reduced, 17% were in favor of complete closure of NPPs, 29% believe that the current number of NPPs is sufficient, and only 3% want the commissioning of new ones. When asked whether it is necessary to resume the shutdown of nuclear power plants, 16% of respondents answered in the affirmative, 39% gave a negative answer and 44% were undecided.

85% of respondents said that they are very or to some extent concerned that accidents at nuclear power plants can adversely affect residents of settlements near the stations, and 14% – not very or not at all. NHK also asked about the Japanese government’s proposal to discharge radioactive water used to cool molten fuel at the Fukushima nuclear power plant into the ocean or to evaporate it when it was diluted to eligible levels. 18% of respondents agreed with this proposal, 51% refused and 30% did not decide.

Dust storms bring cesium-137 from the Sahara to France 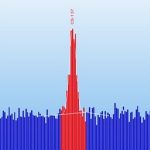 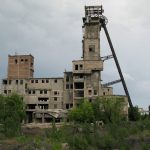 The State Ecoinspection measured the radiation background near the Young Communard...
Scroll to top