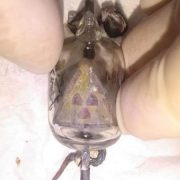 In the Lugansk Oblast, a police dog found radioactive objects similar to SKNA-22-2A ignition units from aircraft engines. It happened on March 10 in the village of Katerynivka, Lugansk region.

Police officers of the law enforcement police, guardsmen and Security Service of Ukraine (SBU) officers went around all the yards of the settlement and in one of the yards a service dog found a danger—cylindrical objects in glass shells with a sign of radioactivity.

State Emergency Service experts found that the items were probably elements of aircraft gas turbine engines that were used to ignite them and could contain sources of ionizing radiation. The radiation background near IRS did not exceed the natural limit and was 0.17 mSv.

The source of radiation in such ignition units SKNA-22-2A facilitates the breakdown of the air gap by a spark in the combustion chamber of the engine. The ignition unit itself is not dangerous.

The items were confiscated from the owner of a private house and handed over to the State Emergency Service in Lugansk Oblast. The prosecutor’s office has launched a pre-trial investigation under Art. 265 of the Criminal code of Ukraine (“Illegal Management of Radioactive Materials”). 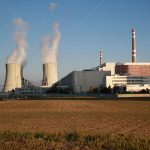 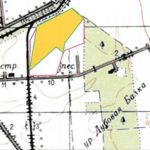 Partners of the Radwaste Disposal Site Rehabilitation Project in Kropyvnytsky...
Scroll to top