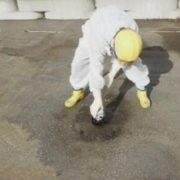 A leak was found at a radioactive waste storage facility at the Fukushima-1 nuclear power plant in Japan. Workers found a gel-like mass outside the container, which had a higher radiation background – 13 mSv / h.

This was stated by the operator of Tokyo Electric Power (Tepco). It is assumed that the radioactive substance originates from a RW container. These containers, which contained waste after the accident in 2011 with a background value of 10 mSv/h from January to March this year, were transferred to a separate storage facility. During the inspection of the containers, corrosion was found on the bottom of one of them.

Tepco took a sample of the gel-like mass for research, but there are no comments from the company yet.

It will be recalled that in February, 566 fuel assemblies were removed from the storage pool at Fukushima-Daiichi NPP Unit 3.

The radiation background at the clay ore deposit in Kropyvnytsky is three times... 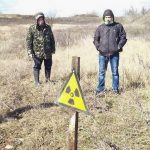 Chornobyl “in your pocket”
Scroll to top