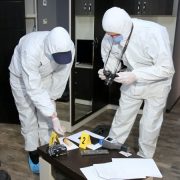 Georgia’s State Security Service has detained two men in Kutaisi who were trying to sell a radioactive substance. As it turned out according to the results of radiological examination, it was an isotope of Americium-241. The quantity of the radioisotope in the container seized from the attackers is not reported, but the photo and video show that the container has the shape of a small cylinder. It is also known the price of the transaction — 300 thousand euros.

The investigation in the case of illegal management of nuclear materials or devices, radioactive waste, radioactive substances (Article 230, Part 1 of the Criminal Code of Georgia) is being conducted by the Counterintelligence Department of the State Security Service of Georgia.

Americium-241 is most often used in outdated models of smoke detectors. Sometimes this isotope can be made an element of a “dirty bomb” — a combination of an ordinary explosive with radioactive substances — the explosion of which leads to the contamination of a large area. The activity of Americium-241 is 126.8 GBq/g.

SAUEZM is holding a tender for the construction of a vitrified radwaste storage... 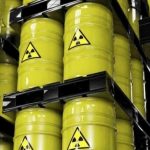 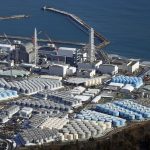 The water used to cool the Fukushima will be discharged into the sea in 202...
Scroll to top