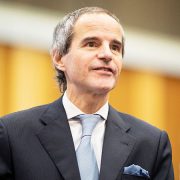 IAEA Director General Rafael Mariano Grossi will visit Ukraine for the first time in 12 years. He will take part in the first meeting of the Assembly of New Investors, scheduled for April 27. According to a Ukrinform correspondent, this was stated by First Deputy Minister of Environment and Natural Resources Bogdan Borukhovsky during a working visit to the Exclusion Zone on the occasion of the 35th anniversary of the Chernobyl accident.

“It is a very important moment — for the first time in 12 years the IAEA Director General is coming to us. He will deliver an introductory speech at the assembly (of investors — ed.). This is another signal from the international community that they are with us, and from the first day, in fact, supporting us, they continue to do so,” Borukhovsky said.

The Assembly of New Investors should resolve the issue of concluding a new agreement between Ukraine and the world community on assistance in overcoming the consequences of the Chornobyl disaster.

According to the official, in addition to participating in the “Investors’ Assembly”, the IAEA Director General is also expected to visit new facilities for radioactive waste management infrastructure — the New Safe Confinement and the Dry Spent Fuel Storage Facility (SNFSF-2).

It will be recalled that the Assembly of New Investors emerged to replace the Assembly of Donors of the Chornobyl Shelter Fund, which included 45 countries that contributed to the construction of the New Safe Confinement over the destroyed 4th ChNPP unit. Its final meeting took place in Kyiv on July 9, 2019. The NSC was put into commercial operation in 2020.

Competition for the First Deputy Chairman of the SNRIU position 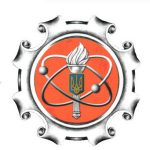 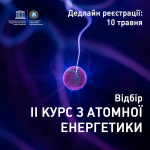 Selection for the Second Course in Atomic Energy for high school students and...
Scroll to top